Chicago Fire FC today announced that the Club has acquired defender Jonathan Dean from Birmingham Legion of the USL Championship. Dean is now under contract with the Fire through the 2023 campaign with a Club option for 2024 and 2025. Per Club policy, terms of the deal were not disclosed.

“We started following Jonathan closely last summer and we are excited to welcome him to the Chicago Fire,” said Sporting Director Georg Heitz. “He will bring a healthy competition to our outside back group and provide the team with much-needed depth in the upcoming season.”

Dean, 25, joins Chicago after spending the past three seasons with Birmingham, where he played in 81 matches across all competitions, including the USL Championship, the USL Championship playoffs and the Lamar Hunt U.S. Open Cup. Originally drafted 39th overall in the 2020 MLS SuperDraft by Orlando City, Dean joined Birmingham in February 2020 and made his USL Championship debut on July 15, 2020, in the 3-0 victory against Memphis 901. In 2022, Birmingham finished in fourth place in the Eastern Conference, making it to the conference quarterfinals under head coach Tom Soehn.

Prior to joining Birmingham, Dean played at Wofford College in 2015 before transferring to the University of Central Florida in 2016. At UCF, Dean made 50 appearances, scored one goal and registered 11 assists as a midfielder. During his final year, he captained the Knights to an American Athletic Conference Championship and a Sweet 16 appearance in the NCAA tournament, where they fell 2-1 to Southern Methodist University.

A native of Macon, Ga., Dean won regional and state championships in 2012 and 2013 with Stratford Academy before playing for Georgia United of the U.S. Soccer Development Academy in 2014-2015.

Transaction: Chicago Fire FC acquires defender Jonathan Dean from Birmingham Legion in the USL Championship for the 2023 season, with Club options for 2024 and 2025. 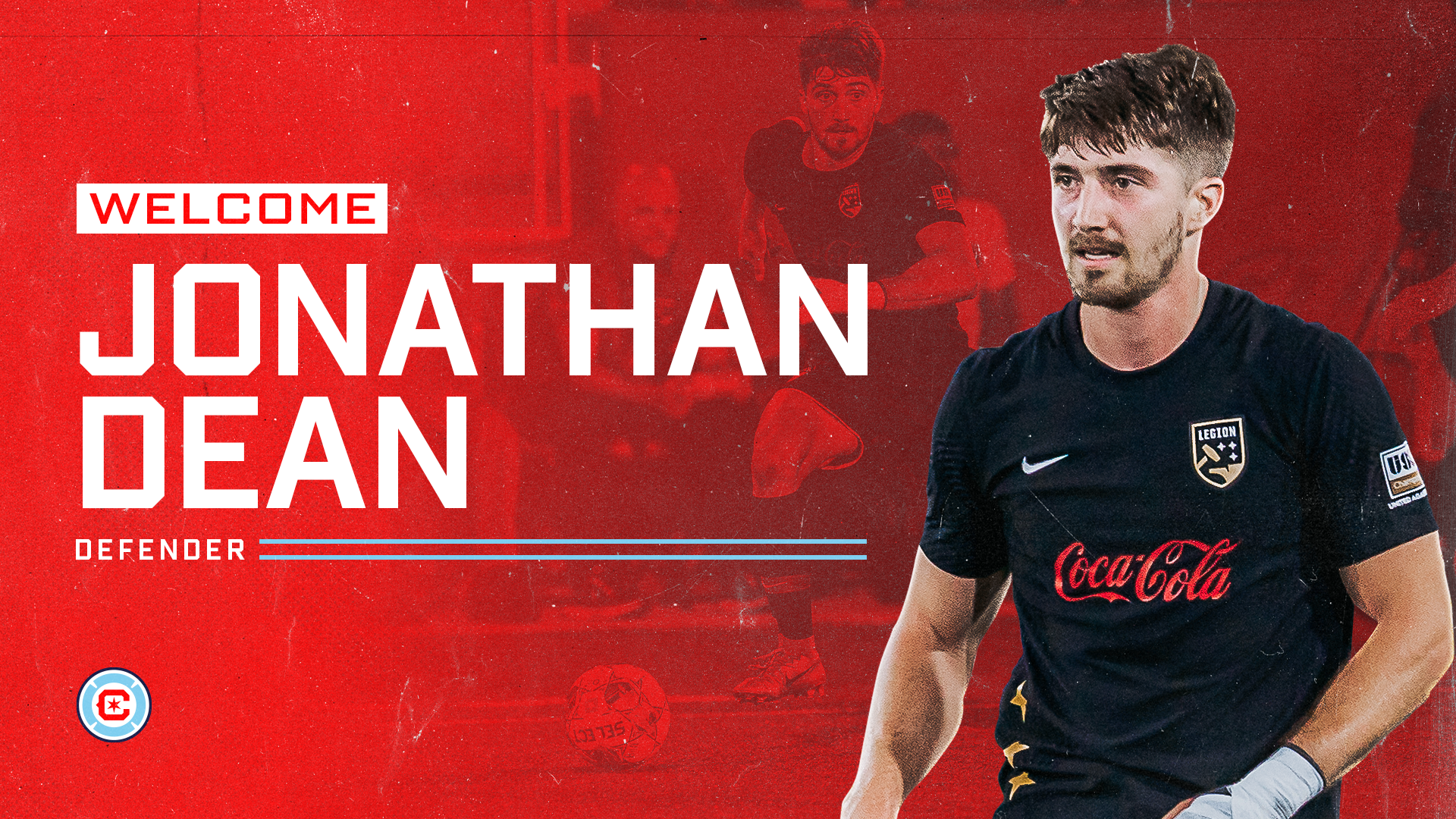