Chicago Fire FC today announced that the Club has acquired center back Rafael Czichos from German Bundesliga side, FC Köln. Czichos (pronounced: SHE-hus) will be added to the Fire’s roster pending a medical and receipt of his International Transfer Certificate (ITC). His contract with the Club will run through the 2024 season.

“One of our key objectives for this offseason was to acquire a talented left-footed center back and we feel confident we have achieved that with Rafael’s signing,” said Chicago Fire FC Sporting Director Georg Heitz. “Working closely with Ezra and the staff, we identified Rafael as a player who will fit our style of play and bring more quality and leadership to our roster. We’re thrilled that he has agreed to join the Fire and look forward to welcoming him to Chicago.”

Czichos, 31, spent the last four seasons as a mainstay along the backline for FC Köln, where he made 111 appearances across all competitions in Germany’s first and second divisions. During the last three campaigns, Czichos has tallied 74 starts in the German Bundesliga, including every match of the current 2021-22 season.

Czichos originally signed with Köln prior to the start of the 2018-19 2. Bundesliga campaign. In his debut season, he made 32 appearances (32 starts) as the team captured the league championship and earned promotion to the top division in Germany.

Overall, Czichos has made 412 professional appearances across all competitions since making his professional debut in 2008. Prior to his transfer to Köln, Czichos spent three seasons with German side Holstein Kiel (2015-18), where he made 104 appearances and served as team captain. Most notably, the defender made 37 appearances (37 starts) in the 2016-17 3. Liga season and captained Holstein Kiel to a second-place finish and promotion to the 2. Bundesliga for the first time since 1981.

Born in Jeddah, Saudi Arabia, Czichos moved to Germany at a young age and began his professional career with TSV Ottersberg in July 2008. Czichos has also featured for German clubs VFL Wolfsburg II (2010-2012) and Rot-Weiß Erfurt (2012-2015).

Czichos is fluent in English and German. He will occupy an international slot on the Fire’s 2022 roster.

Transaction: Chicago Fire FC acquire defender Rafael Czichos, pending a medical and receipt of his ITC. His contract with the Club will run through the 2024 season. 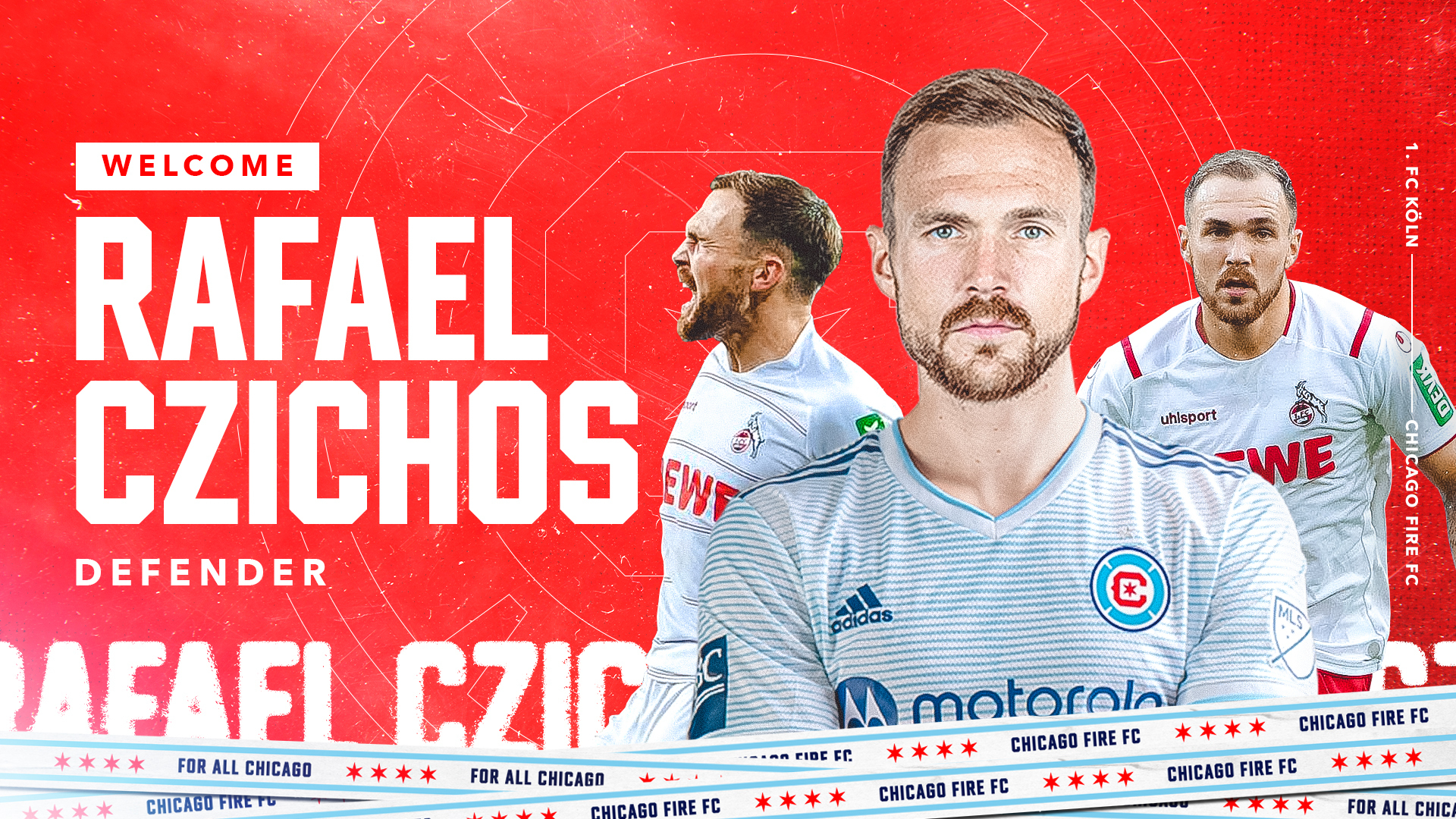