Chicago Fire FC today announced that 2023 regular season single match tickets, as well as quarter and half season memberships, are on sale now.

Current Fire season ticket members were able to access their accounts starting at 10:00 a.m. CT on January 17 to purchase add-ons and begin managing their tickets for all 2023 home matches. Simultaneously, new members who have already placed deposits for partial season memberships will receive additional information and instructions on selecting their plan and seats for the year.

Single regular season match tickets went on sale to the general public starting at 12:00 p.m. CT on Jan. 17 and will be available for purchase here.

Fans interested in purchasing full or partial season ticket memberships can do so here. Full season ticket members will have access to an all-new benefit, Apple TV’s MLS Season Pass, as well as access to exclusive Club events and more. The Club’s quarter and half season memberships will include discounts on match tickets, food, drinks, and parking.

Additionally, the Fire and MLS today announced a 12:00 p.m. CT kick off time (previously TBD) for the Club’s home match on Saturday, May 13 against St. Louis CITY SC at Soldier Field. The match, which will take place during Heineken Rivalry Week, will mark the first-ever meeting between the two Clubs.

In addition to the rivalry matchup with St. Louis, the Fire’s 2023 home schedule is highlighted by several additional notable matchups, including the Club’s home opener against New York City FC on Saturday, March 4. The 2023 home opener is slated to kick off at 7:30 p.m. CT at Soldier Field and tickets are currently available for purchase here. The first 10,000 fans in attendance will receive a custom Fire flag, presented by Wintrust.

To kick off the summer along the lakefront, the Fire will host longtime Eastern Conference foe, Columbus Crew, on Saturday, June 10. Set to begin at 7:30 p.m. CT, the match will mark the Club’s lone home game in June.

Shortly afterward, the team’s summer schedule will be highlighted by the longest homestand of the season between Saturday, July 8 to Sunday, August 20. During that period, the Fire will host Nashville SC (July 8), CF Montréal (July 12) and Toronto FC (July 15), prior to hosting Orlando City SC (August 20) shortly after the 2023 Leagues Cup break. All four matches are scheduled to begin at 7:30 p.m. CT.

The Fire will round out their regular season home schedule with a match against Charlotte FC on Saturday, October 7 at 7:30 p.m. CT at Soldier Field. More information on the Fire’s full schedule can be found here, with details on notable 2023 match-ups here. 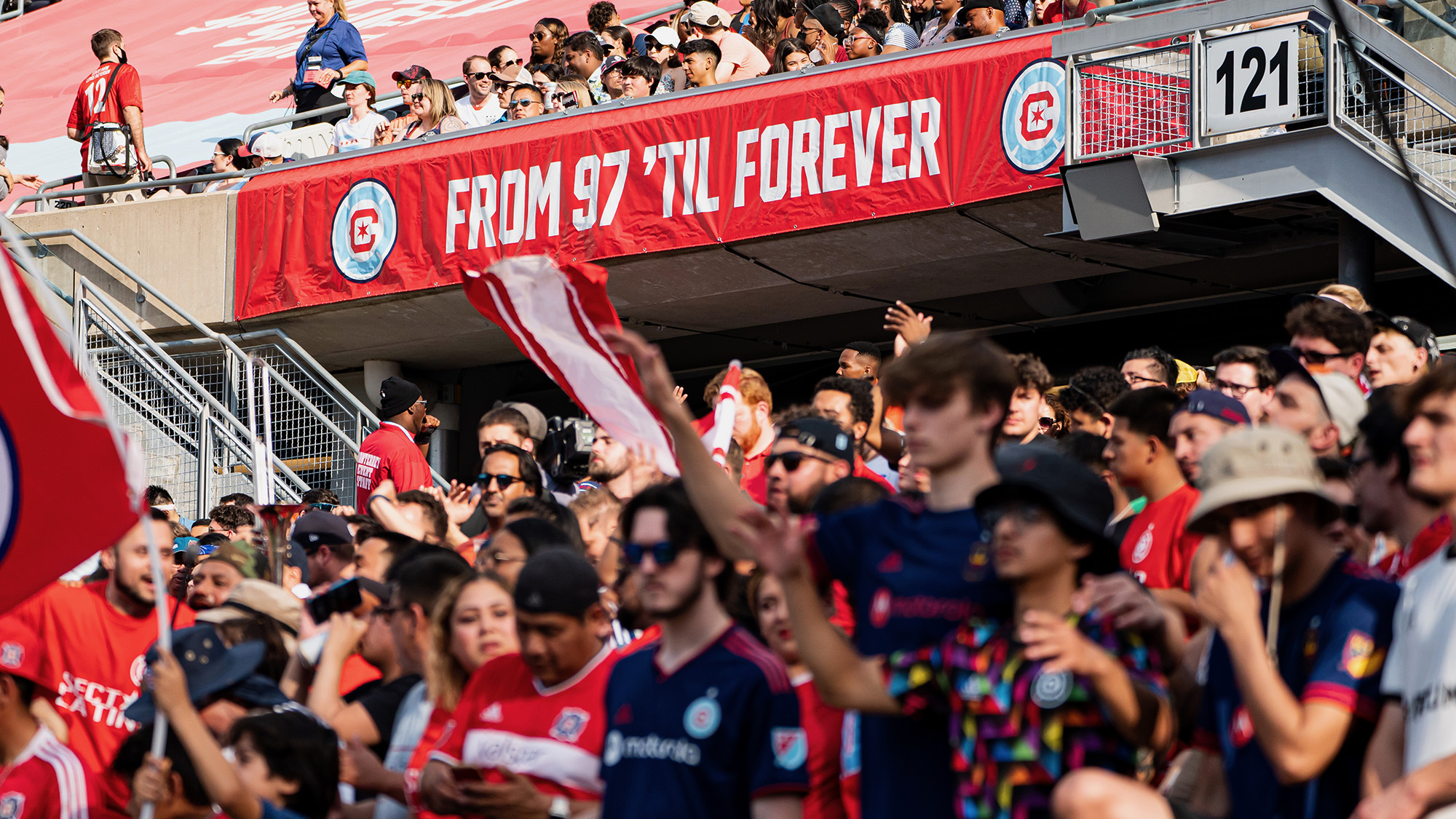