Steppenwolf Theatre Company, the nation’s premier ensemble theater company, is pleased to present the Steppenwolf for Young Adults’ (SYA) world premiere of 1919, adapted by J. Nicole Brooks from Eve L. Ewing’s collection of luminous and searing poems about the killing of Black teenager Eugene Williams in 1919 off the segregated Chicago lakeshore – and how this tragedy reverberates today. 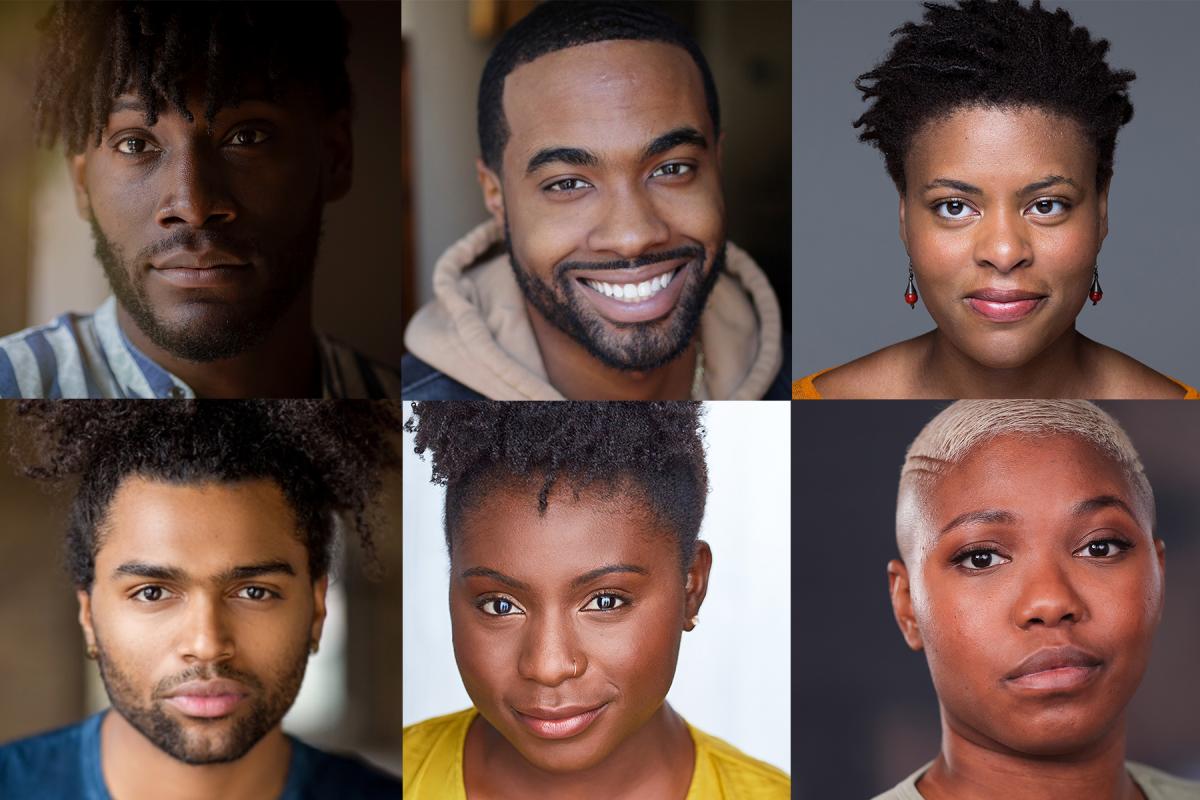 1919 will play October 4 – 29, 2022 – the second-ever production in Steppenwolf’s stunning new in-the-round Ensemble Theater in Honor of Helen Zell – the centerpiece of its recently unveiled Liz and Eric Lefkofsky Arts and Education Center.

There will be public performances and student matinees of 1919, inviting all audiences to experience this world premiere. Tickets are $5 for teens and college students; $20 for the general public. Steppenwolf members get first access to tickets. Single tickets to 1919are available at steppenwolf.org and 312-335-1650.

Student matinees will take place at 10 am on the following dates: October 4-7, 11-14, 18-21 and 25-28. Recommended for grades nine and up. To register your school, click here. Tickets are only $5 for students and chaperones are free.

The Ensemble Theater in Honor of Helen Zell is located at the heart of the Arts and Education Center. This intimate and state-of-the-art 400-seat theater in the round is one of its kind in Chicago, with theater design and acoustics by Charcoalblue. Only six rows deep—with audience members never more than 20 feet from the stage—Charcoalblue designed the incredibly intimate Ensemble Theater from the inside out to integrate the theater into the fabric of the surrounding building, providing a truly unique theatergoing experience.

Steppenwolf for Young Adults is also pleased to announce the return of the SYA Tour.  SYA will present five FREE public performances of 1919 at Park District Cultural Centers across the City from November 1 – 5, 2022. Locations will be announced shortly. The 1919 tour is presented as part of the Chicago Park District’s Night Out in the Parks series, supported by the Mayor’s Office and Chicago Department of Cultural Affairs and Special Events. For additional information and updates, visit steppenwolf.org/tickets--events/seasons/2022-23/1919/ or e-mail rtaylor@steppenwolf.org.

Directed by Gabrielle Randle-Bent and Tasia A. Jones

On July 27, 1919, Chicago erupted following the killing of 17-year-old Eugene Williams in treacherous waters off the segregated Lake Michigan shoreline. The days that followed made an indelible mark on the city – its sense of boundaries, of relationships between neighbors, and of the underlying systems of inequity and racism that persist today. Adapted from Ewing's poems, J. Nicole Brooks' play is a bold, hopeful, lyrical exploration of Black Chicagoans’ resistance, fortitude and endurance: past, present and future.

Press Performance: Saturday, October 8 at 2:30 pm
In the Ensemble Theater in Honor of Helen Zell

Tickets are $5 for teens and college students; $20 for the general public. Steppenwolf members get first access to tickets. Single tickets to 1919 go on sale Wednesday, August 10 at 12 pm at steppenwolf.org and 312-335-1650.

Dr. Eve L. Ewing (Author) is a sociologist of education and a writer from Chicago. She is the award-winning author of four books: the poetry collections Electric Arches and 1919, the nonfiction work Ghosts in the Schoolyard: Racism and School Closings on Chicago's South Side, and most recently a novel for young readers, Maya and the Robot. She is the co-author (with Nate Marshall) of the play No Blue Memories: The Life of Gwendolyn Brooks. She has written several projects for Marvel Comics, most notably the Ironheart series as well as Marvel Team-Up and Champions. Ewing is an assistant professor at the University of Chicago Crown Family School of Social Work, Policy, and Practice. Her work has been published in The New Yorker, The Atlantic, The New York Times, and many other venues. Currently she is working on her next book, Original Sins: The (Mis)education of Black and Native Children and the Construction of American Racism, which will be published by One World.

Steppenwolf Theatre Company’s trailblazing new 50,000 square foot theater building and education center, the Liz and Eric Lefkofsky Arts and Education Center, was designed by world-renowned architect Gordon Gill FAIA of Adrian Smith + Gordon Gill Architecture, with construction by Norcon. The centerpiece of the new Arts and Education Center is the new 400-seat in-the-round Ensemble Theater in Honor of Helen Zell—one of its kind in Chicago—with theater design and acoustics by Charcoalblue.

As the Chicago theatre community continues to navigate the COVID-19 pandemic, Steppenwolf Theatre remains committed to the safety of its patrons and staff. For the most-up-to-date information on our venue’s COVID precautions, please visit steppenwolf.org/welcomeback.

Steppenwolf offers accessible services to ensure all audience members have access to our work, including American Sign Language interpretation (available for student matinees as scheduled with education staff or per public performances below), Spanish Language captions, wheelchair accessible seating and more. With questions, email access@steppenwolf.org.

Steppenwolf Theatre Company is a Chicago theater that is home to America’s ensemble. The company began performing in the mid-1970s in the basement of a Highland Park, IL church—today Steppenwolf is the nation’s premier ensemble theater with 49 members who are among the top actors, playwrights and directors in the field. Deeply rooted in its ensemble ethos, the company is committed to equity, diversity, inclusion and making the Steppenwolf experience accessible to all. Groundbreaking productions from Balm in Gilead and August: Osage County to Downstate and Pass Over—and accolades that include the National Medal of Arts and 12 Tony® Awards—have made the theatre legendary. Artistic programming includes a main stage season; a Steppenwolf for Young Adults season; LookOut, a multi-genre performance series; and the Steppenwolf NOW virtual stage. The nationally recognized work of Steppenwolf Education engages more than 20,000 participants annually in Chicagoland communities promoting compassion, encouraging curiosity and inspiring action. While firmly grounded in the Chicago community, more than 40 original Steppenwolf productions have enjoyed success nationally and internationally, including Broadway, Off-Broadway, London, Sydney, Galway and Dublin. 2021 marks the opening of Steppenwolf’s landmark Liz and Eric Lefkofsky Arts & Education Center—deepening the company’s commitment to Chicagoland teens and serving as a cultural nexus for Chicago. Glenn Davis and Audrey Francis are the Artistic Directors and E. Brooke Flanagan is Executive Director. Keating Crown is Chair of Steppenwolf’s Board of Trustees