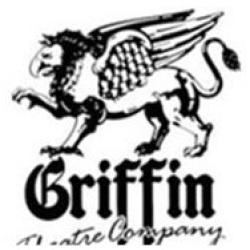 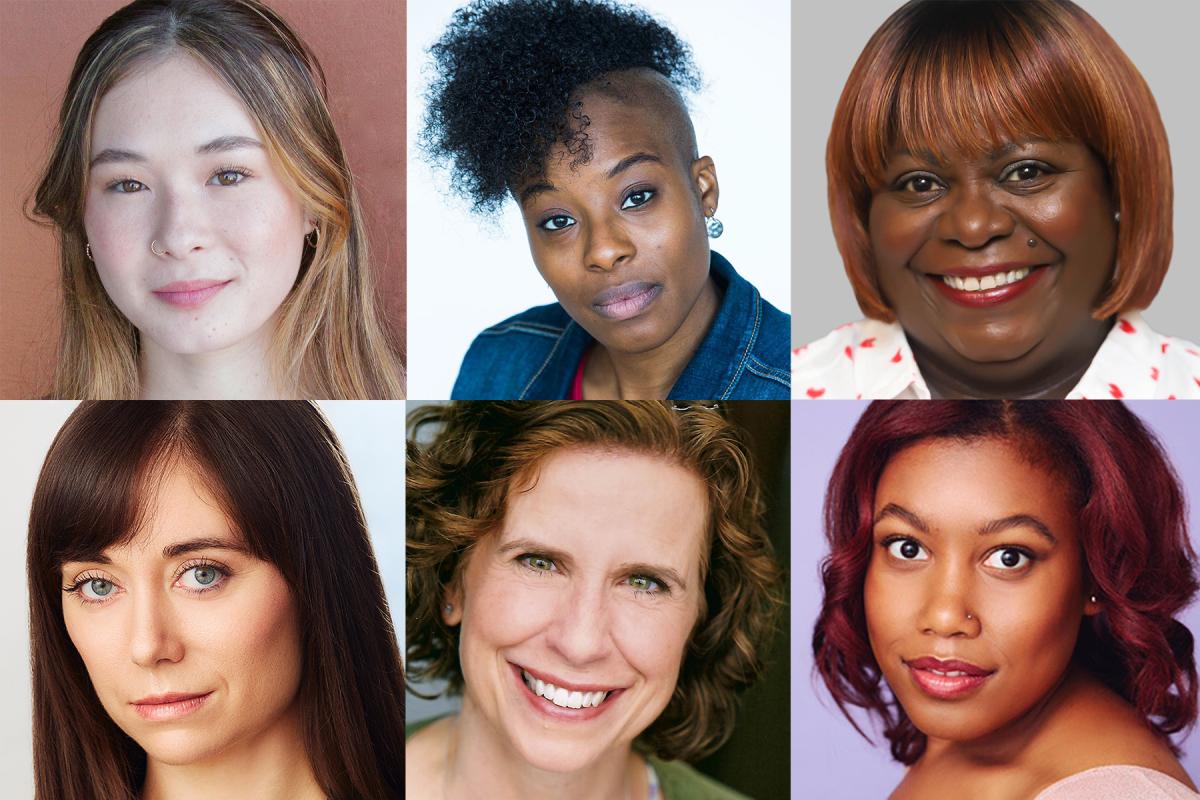 Marys Seacole is a dazzling tribute to the 19th century British-Jamaican nurse who crossed battle and race lines to chart her own course in history. Moving from past to present, through space and time, Drury's kaleidoscopic new play follows one woman's extraordinary journey from the battlefields of the Crimean War to a modern-day nursing home. From the acclaimed writer who won the 2019 Pulitzer Prize for Fairview, comes this Midwest premiere that challenges us to question our notions of sacrifice and selfishness, and the cherished perception of women as caregivers. The New York Times hailed Marys Seacole as "breathless and radiant" and The New Yorker Magazine called it "revelatory."

COVID-19 protocols: Raven Theatre will require patrons to wear a face mask at all times inside the building (when not eating or drinking in the lobby). The theatre will no longer require patrons to provide proof of vaccination to attend a production. If you are experiencing symptoms of COVID-19, please contact the box office to reschedule your tickets free of charge. For all of Raven’s current COVID-19 protocols, visit raventheatre.com/covid-19.

Curtain Times: Thursdays, Fridays and Saturdays at 7:30 pm; Sundays at 3 pm. Please note: there will not be a 3 pm performance on Sunday, October 9.

Tickets: Previews $30. Regular run $40. Students/active military and veterans $15. Group discounts are available for groups of ten or more. Tickets are currently available at www.griffintheatre.com or by calling (773) 338-2177.

Jackie Sibblies Drury (Playwright) plays include Marys Seacole (Obie Award), Fairview (2019 Pulitzer Prize), Really, Social Creatures and We Are Proud to Present a Presentation About the Herero of Namibia, Formerly Known as Southwest Africa, From the German Sudwestafrika, Between the Years 1884–1915. Her work has been produced at Lincoln Center Theater, Soho Rep., Berkeley Rep, New York City Players & Abrons Arts Center, Victory Gardens, Trinity Rep, Woolly Mammoth, Undermain Theatre, InterAct Theatre Company, Actors Theatre of Louisville, Company One and Bush Theatre. Drury has developed her work at Sundance, the Bellagio Center, The Ground Floor at Berkeley Rep, the Soho Rep. Writer/Director LAB, New York Theatre Workshop, the Bushwick Starr, The Lark, and The MacDowell Colony, among others. She has received the Susan Smith Blackburn Prize, a Jerome Fellowship at The Lark, a United States Artists Fellowship, a Helen Merrill Playwriting Award and a Windham–Campbell Literary Prize in Drama.

Jerrell L. Henderson (Director) is a Theatre Director, Puppeteer, and African American Theatre Historian and Archivist. Through the mediums of theatre and/or puppetry and film, Jerrell seeks to disrupt generational curses of self-hate (i.e. racism, homophobia, religious intolerance, etc.). Intellectually curious and emotionally dexterous, Jerrell is at home in a number of wide-ranging genres including, but not limited to, American Realism, Magical Realism, Traditional and Contemporary Musical Theatre, Poetic Black-Queer Narratives and Live Spectacle Events. He is the League of Chicago Theatres recipient of the 2022 Samuel G. Roberson, Jr. Resident Fellowship. He will present an original shadow play titled, AmericanMYTH: Crossroads with Free Street Theatre in Fall 2023. Recent directing credits include Reverie by James Ijames (2022 Pulitzer Prize recipient for Fat Ham) with Azuka Theatre and Mlima’s Tale with Griffin Theatre (Jeff Award nomination for Direction and Best Play). Others credits include The River with BoHo Theatre and Untitled with Inis Nua (Barrymore Award nomination for Outstanding Direction of a Play). Puppet short films include a filmed version of his signature puppetry piece, I Am The Bear with The Chicago International Puppet Theatre Festival. Other puppet short films include, Hamlin: La Revue Sombre with Heather Henson’s Handmade Puppet Dreams and Diamond’s Dream with Chicago Children’s Theatre. His Juneteenth Puppet Protest: The Welcome Table was featured in the New York Times (June 2020) and his Fall 2020 puppetry celebration of the lives of John Lewis and C.T. Vivian titled, Black Butterfly was later expanded into an educational performance piece with Tria Smith of Guild Row and a student collective working with Urban Growers Collective on Chicago’s South Side. As an assistant director, Jerrell has worked with The Goodman Theatre, Steppenwolf Theatre and Lookingglass Theatre. He received his MFA in Theatre Directing from Northwestern University (2015), is an artistic associate with Black Lives, Black Words, and was a Henson Foundation sponsored participant at the Eugene O’Neill National Puppetry Conference (2020). He is on the board of Directors Gathering. (DG) is a national organization based in Philadelphia, PA which offers theatre directors consistent community, resources and elevation. As a theatre historian and archivist, Jerrell contributed to the recently released Fifty Key Musicals (Routledge Press). He authored the chapter on Shuffle Along (1921) and co-authored the chapter on The Wiz (1975). He also serves as the creator and curator of black_theatre_vinyl_archive on Instagram. black_theatre_vinyl_archive is an extensive collection of vinyl albums which highlight the contributions of members of the African Diaspora in Theatre/Musical Theatre History. He is represented by the Gurman Agency (susan@gurmanagency.com).

Hannah Todd (Director) is a Chicago-based director, where she has directed Hershel and the Hanukkah Goblins (Strawdog Theatre, 2021 and upcoming in 2022), Thrones! A Musical Parody (Apollo Theater Chicago), associate directed Cambodian Rock Band (Victory Gardens/Merrimack Repertory Theater, dir. Marti Lyons) and assistant directed at Chicago Shakespeare, Lookingglass Theatre Company and Northlight Theatre. Prior to moving to Chicago, Hannah was based in Washington, DC, where she co-founded We Happy Few Productions (wehappyfewdc.com). In DC, Hannah served as Artistic Fellow at Shakespeare Theatre Company, assistant directed at Folger Theater, Shakespeare Theatre and Studio Theatre, and directed for Theater Alliance, the Capital Fringe Festival, Lean & Hungry Theatre/WAMU 88.5 and the Source Festival. With We Happy Few, Hannah directed critically acclaimed productions of Hamlet, The Tempest, Romeo and Juliet, The Winter’s Tale, The Dog in the Manger and Macbeth. Hannah holds a BA from Hampshire College and an MFA in Directing from Northwestern University. www.hannahtodddirector.com

The Griffin Theatre Company is partially supported by the Illinois Arts Council, a state agency, The Gaylord & Dorothy Donnelley Foundation, The MacArthur Funds for Culture, Equity, and the Arts at the Richard H. Driehaus Foundation and the American Rescue Plan.

The Griffin Theatre Company is a Blue Star Theater and is proud to support our military enlisted and veterans.

Established in 1988. the mission of the Griffin Theatre Company is to create extraordinary and meaningful theatrical experiences for both children and adults by building bridges of understanding between generations that instill in its audience an appreciation of the performing arts. Through artistic collaboration the Griffin Theatre Company produces literary adaptations, original work and classic plays that challenge and inspire, with wit, style and compassion for the audience.

The Griffin Theatre Company is the recipient of 125 Joseph Jefferson Award nominations for theater excellence in Chicago. The Griffin was honored with four 2018 Jeff awards for Ragtime including Best Ensemble, Best Musical, Best Director-Musical and Best Performer in a Supporting Role-Musical. Additionally, the company was the repeat winner of the 2016 Jeff Award for Best Production of a Play for London Wall having won the same award in 2015 for its production of Men Should Weep.

In addition, the Griffin is a nationally recognized producer of youth touring theatre in the United States. The Griffin’s national audience exceeds 100,000 young people and adults each year. Tours have included such prestigious venues as Cleveland Playhouse Square, Tribeca Performing Arts Center in New York City, Tennessee Center for the Performing Arts in Nashville and the Cerritos Center for the Arts in Cerritos, California. Touring productions have included both youth focused plays, Frindle and The Stinky Cheese Man and the Griffin’s hit adult production of Letters Home—a production that pays tribute to the men and women in the US military, In to America, a play that traces America’s 400 year immigrant history and Ghosts of War. Most recently, the Griffin produced the world premiere production of the Emmy Award-winning children’s television show, Innovation Nation-LIVE. Overall, Griffin’s touring productions have been performed in 45 of our United States.