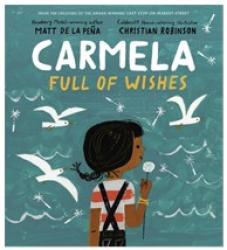 Just in time for spring, the Chicago Children’s Theatre is back in bloom. Returning to live, in-person productions, Carmela Full of Wishes is a charming tale about the importance of imagination. Adapted for the stage by Alvaro Saar Rios from the children’s book by Matt de la Pena with illustrations by Christian Robinson. The quartet of actors here playing an array of characters. The primary, Carmela, is describe by Rios as a “fierce Latina with an awesome imagination”. More on that in just a moment. The show’s official opening attended by a cornucopia of ages, genders and races. The true unifier, introducing children to the performing arts. 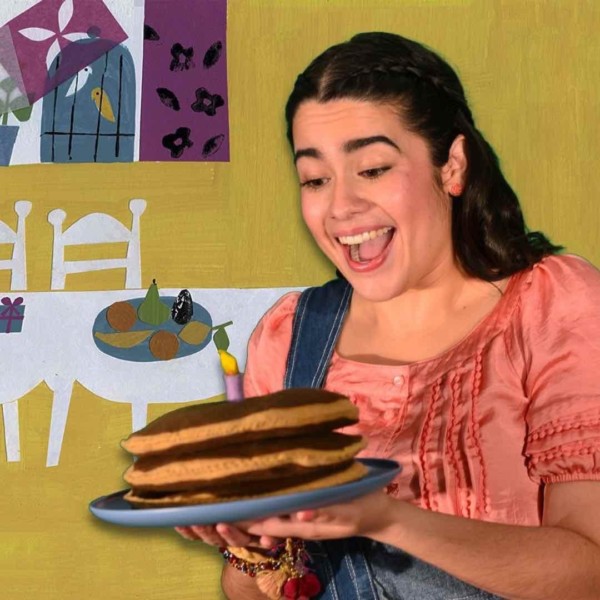 Directed by Michelle Lopez-Rios, this story focuses on a Latin family, but really is relatable to all. The action starts at young Carmela’s (Maria Clara Ospina) birthday breakfast. This little lady is as thrilled to be turning seven as she is to be enjoying her chocolate chip pancakes with a candle, shining brightly, in the middle. Her mother, Mami (Jasmin Cardenas) and big brother (Juan Gonzalez) delighted to be giving her a gift, a charm bracelet. Also turning seven means she is old enough to join her big brother as he runs errands to the laundromat and the store. Well, I don’t know any teen-ager who wants a little sibling hanging around, and young Carmela is quickly left in his dust and spends the remainder of the show playing catch up with her elusive sibling. 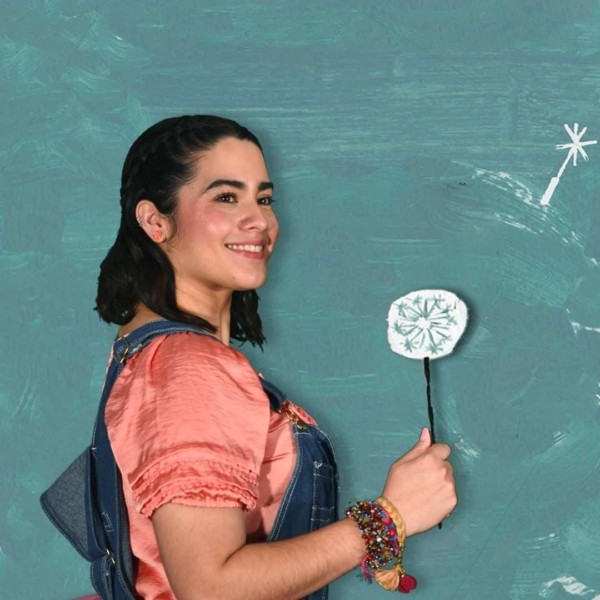 In the interim, she crosses path with a series of people from the neighborhood; a shop keeper, a flower salesman, the ice-cream cart person, a pretty kitty, and collects a series of birthday accolades from each. Her gifted flower, a dandelion, soon withers and becomes the “puffy white fluff” of wishes and dreams. Before blowing on her flower’s head, she fantasizes about reuniting with her father, Papi (Christopher Alamo). Spoiler alert, he has been deported, but out of site doesn’t mean out of mind. She dreams of gifting her mother a new, firm mattress and bedding. After a squabble with her brother, she wishes he would turn into a cockroach that scurries away in the light. Not all of her wishes are entirely altruistic. She is just seven, you know. 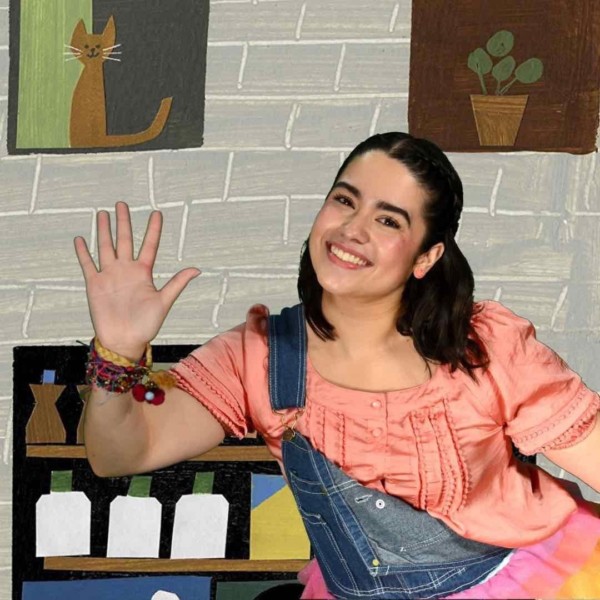 Before Carmela gets the opportunity to cast her official wishes on the flower, she crashes her scooter and the spores are subsequently lost in the hubbub of the accident. Big brother to the rescue. He takes his sister to a field of “flores de cempazuchitl”. This is where the audience participation part began. Those arriving early participated in a group craft project, gluing white, mini-pom poms to wooden popsicle sticks. Those like me, who arrived minutes before showtime, were gifted with an extra. Holding them high above our heads, the audience satisfactorily serves as an added visual component, a real time field of flowers.

What isn’t more relatable than imaginative dreamers everywhere? More than two dozen artisans assembled to bring this beloved children’s book to flesh. Costume designer Jazmin Aurora Medina’s work showcased both bold colors and elements of flash, enjoyably adding to the story. I was able to briefly flip thorough the book after the show, and Medina nails the looks, picture perfect. The stage setting is intimate, but scenic designer Regina Garcia aptly took us from a laundromat to the neighborhood bodega with ease. Jason Lynch’s lighting effective as well.

On top of staging original productions, Chicago Children’s Theatre has served more than half-a-million children and their families with yearlong workshops, classes on acting, art and dance. I firmly believe arts education is absolutely imperative to childhood development and this company must be commended for all of their unending efforts. Carmela Full of Wishes is now playing for family entertainment four times a week, exclusive to Saturday and Sunday mornings at 10:30 am and 12:30 pm. Bring the family and enjoy.

Stephen S. Best is currently a freelance writer for the Times Square Chronicles, covering the performing arts scene in the greater Chicagoland area. He has been a theater aficionado for years, attending his first live production, Annie, at the tender age of six. After graduating from Purdue University, Stephen honed his skills attending live theater, concerts and art installations in New York and Chicago. Stephen's keen eye and thorough appreciation for both theater patrons' time and entertainment dollar makes him a valuable asset and his recommendations key. Stephen currently lives in downtown Chicago