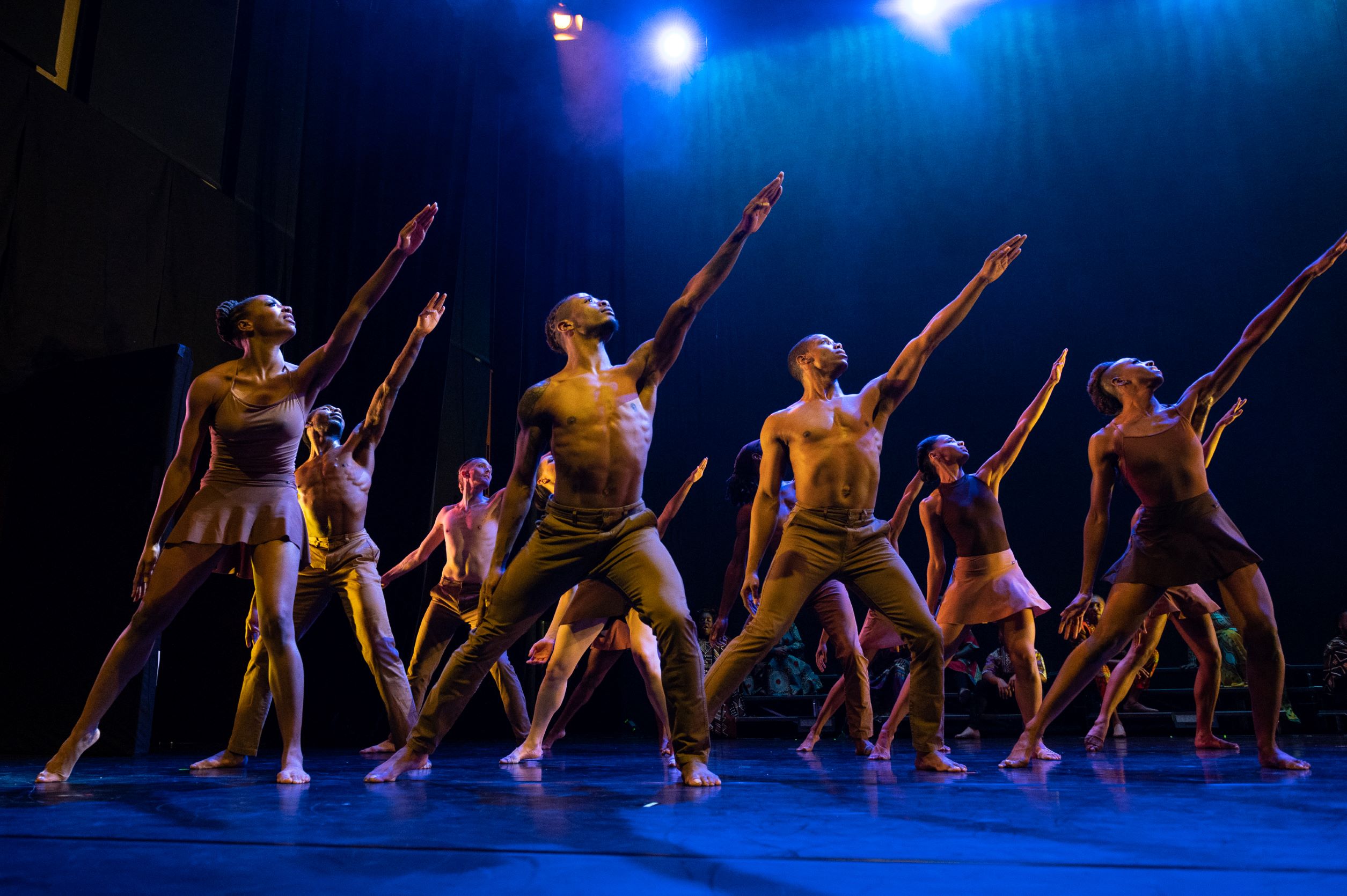 Deeply Rooted Dance Theater returns to the Auditorium Theatre for its full-length performance in 22 years on Saturday, October 23, 2021 @ 7:30PM with Roots & Wings. Celebrating its 25th anniversary season, the company's "dancers are striking, with superb technique and an emotional heat ideally fitted to the choreography” (WTTW). The evening is the finale performance of the company's anniversary season and the second performance in the Auditorium’s 2021-22 “Made in Chicago” Dance Series.

"We are happy that a company as renowned and talented as Deeply Rooted Dance Theater is the second performance of the Auditorium's reopening this October," says Auditorium Theatre CEO Rich Regan. "The evening's program will highlight the company's talented dancers." 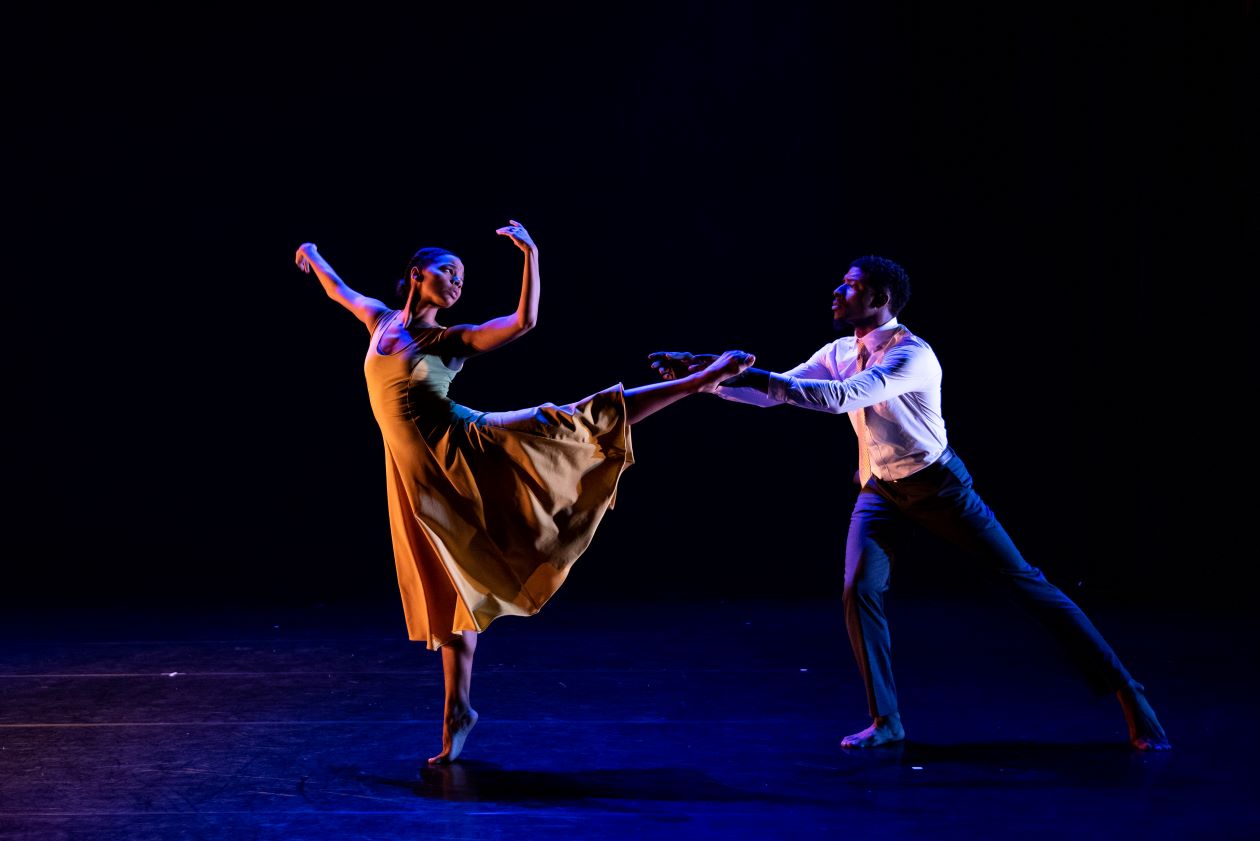 The evening's program opens with  Bach’d (2011) set to the music of Johann Sebastian Bach and choreographed by Deeply Rooted Co-Founder and Associate Artistic Director Gary Abbott. Next are two pieces by Deeply Rooted Co-Founder and Creative/Executive Director Kevin Iega Jeff: Aisatnaf (1980) and Gula Matari (1984). Closing the first act is the company premiere of Ulysses Dove's Episodes, called a "passionate tour de force" by the Chicago Tribune.

The second act finale are excerpts of GOSHEN. Originally scheduled at Millennium Park in August, the performance was canceled due to inclement weather. Because of the high demand to see this piece, the company changed their October program at the Auditorium to include GOSHEN. With  concept and music by Grammy Award-winning producer, composer, and gospel artist Donald Lawrence (from his album of the same name), GOSHEN also features lead singers from the Tri-City Singers and Zeke Locke & The NuXperience. GOSHEN, the Story of the Exodus, is a celebratory collaboration of gospel music, dramatic narrative, and dance-theater rooted in African-American traditions. The work explores historic biblical themes of power, oppression, and deliverance in a joyous contemporary setting, reflecting the soul’s journey through human experience, introspection, and hope. Kevin Iega Jeff directs and choreographs; additional choreographers are Gary Abbott, Artistic Director Nicole-Clarke Springer, Artistic Team member Joshua L. Ishmon, and guest choreographer Tshediso Kabulu.

"After 22 years, we are pleased to return for an evening-length performance to the stage of this prestigious and historic performance space that is the Auditorium Theatre," said Deeply Rooted Dance Theater's Nicole Clarke-Springer. "It is a great honor for the company to participate in the theatre's reopening as we celebrate our 25th Anniversary season finale Roots & Wings. What better place than the Auditorium to showcase select repertory classics, a company premiere from a legendary choreographer, and excerpts from an exciting Deeply Rooted collaborative project."

Deeply Rooted Dance Theater performs at the Auditorium Theatre, 50 E. Ida B. Wells Drive, as part of the “Made in Chicago” Dance Series on Saturday, October 23, 2021 at 7:30PM.

Individual tickets start at $25 and are available online here, by phone at 312.341.2300, or in person at the Auditorium Theatre Box Office (50 E. Ida B. Wells Drive). Tickets are available now as part of the Auditorium Theatre’s “Made in Chicago” Dance Series, which offers a 20% discount and also includes Ensemble Español Spanish Dance Theater, Trinity Irish Dance Company, and Giordano Dance Chicago. Discounts for groups of 10 or more people are also available.

The Auditorium Theatre is implementing current COVID-19 safety protocols at each show, as well as implementing a flexible return and exchange policy so you can purchase tickets without worry. For tickets or more information, visit auditoriumtheatre.org/your-visit/safety/.

Premiering in 1996, Deeply Rooted Dance Theater reimagines and diversifies the aesthetics of contemporary dance by uniting modern, classical, American, and African-American traditions in dance and storytelling. Through its uncompromising pursuit of excellence, Deeply Rooted demonstrates the transformative power of art and beauty through dance education, performance, and cultural enrichment in Chicago and on the world stage. Deeply Rooted is rooted in traditions of American and African-American dance, storytelling, and universal themes that spark a visceral experience and ignite an emotional response in diverse audiences worldwide. Deeply Rooted collaborates with nationally renowned choreographers, across the spectrum of modern, ballet, and African dance, to reflect contemporary voices. 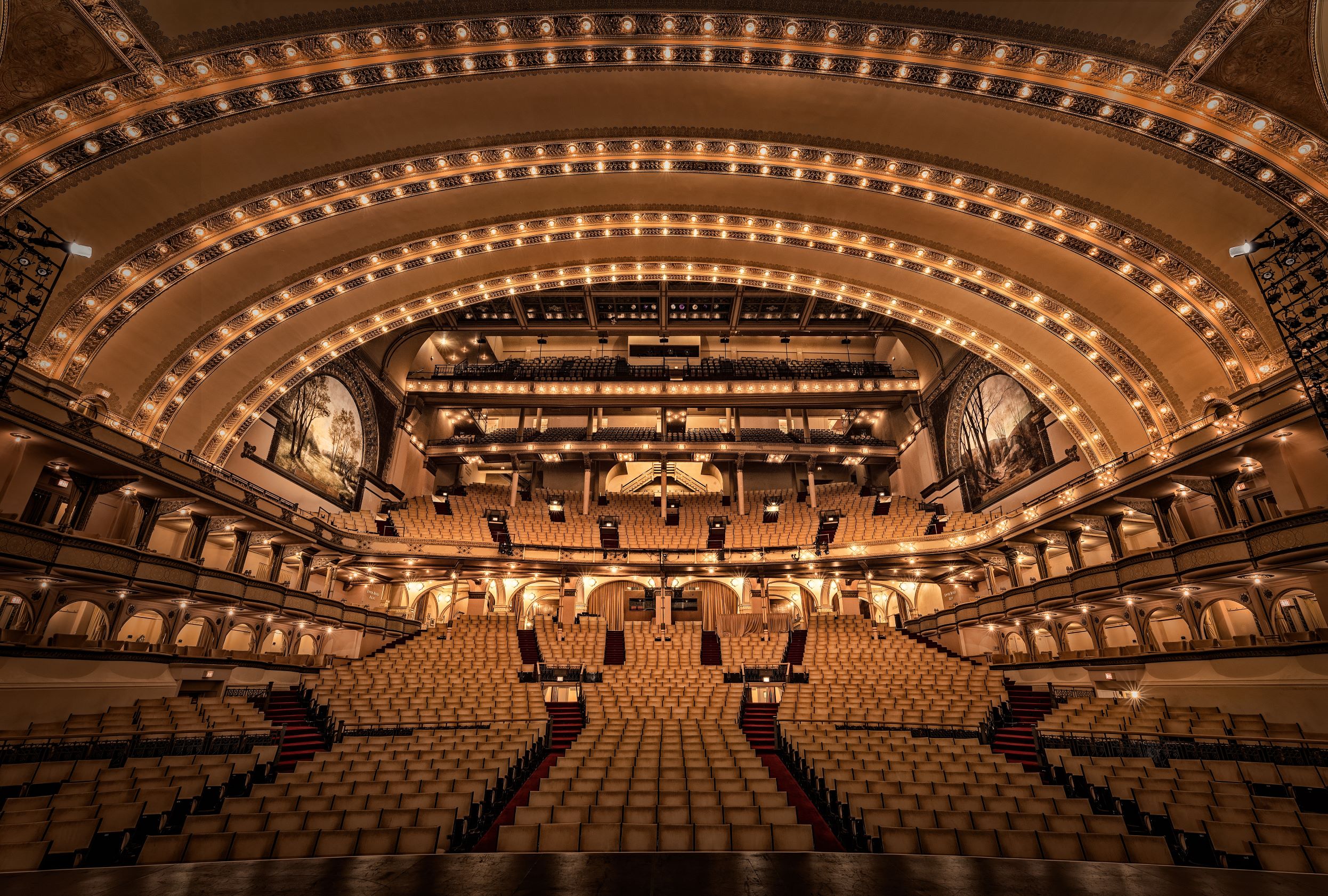 The Auditorium Theatre, located at 50 E. Ida B Wells Dr. at Roosevelt University in Chicago, is an Illinois not-for-profit organization committed to presenting the finest in international, cultural, community, and educational programming to all of Chicago and beyond as The Theatre for the People. The theater opened on Dec. 9, 1889 and is committed to the continued restoration and preservation of this National Historic Landmark.