The Auditorium Theatre Announces An Evening with Renée Elise Goldsberry! 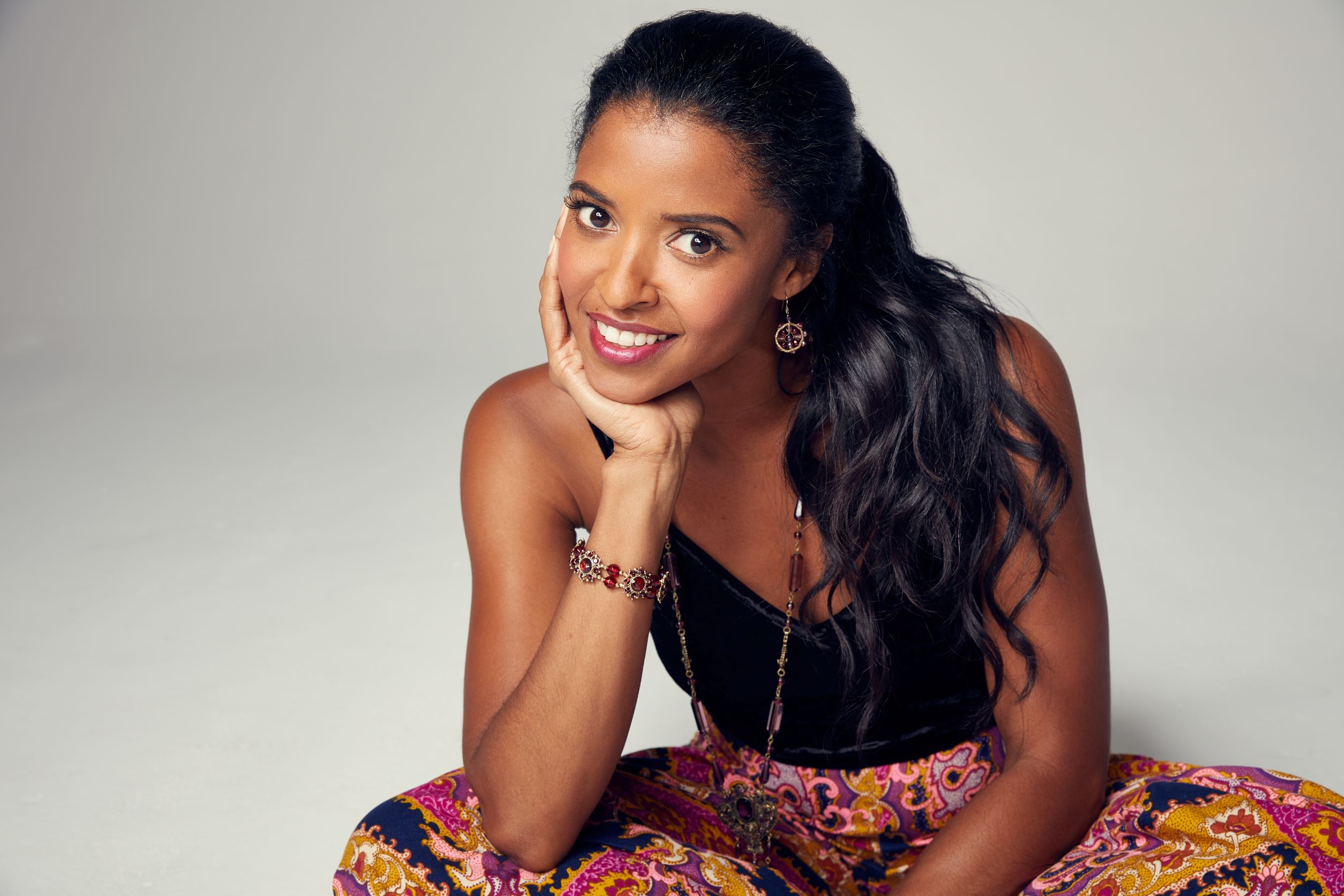 The Auditorium Theatre announces An Evening with Renée Elise Goldsberry on Saturday, April 9, 2022. Making her Chicago concert debut at the Auditorium, Renée is best known for her role as Angelica Schuyler in the musical phenomenon Hamilton. She is a multi-gifted actress and singer who has delivered award winning performances both on Broadway and on screen. Tickets go on sale Wednesday, January 12 @ noon CST at AuditoriumTheatre.org or 312.341.2300.

For one night only, Renée performs a high-energy spiritual journey reminiscent of a good old-fashioned revival singing pop, soul, and Broadway classics.

“We are honored to have Ms. Goldsberry make her Chicago concert debut on our historic stage for this special evening,” said Auditorium Theatre CEO Rich Regan. “She is an exceptionally talented performer, and I am thrilled to invite Chicagoans to see her live for the first time in the city.”

Renée Elise Goldsberry is a multi-hyphenate actress and singer who has delivered award winning performances both on Broadway and the screen.

Best known for her role as Angelica Schuyler in the musical phenomenon Hamilton, which received rave reviews across the board and has become a cultural touchstone for the ages. Renée’s performance earned her a Tony Award, Grammy Award, Drama Desk Award, and Lucille Lortel Award.

Currently, Renée can be seen starring in Tina Fey’s new series for Peacock, Girls5Eva. Renée starred in the A24’s critical darling, Waves, opposite Sterling K. Brown and in the hit Netflix series Altered Carbon. She could also be seen on NBC's musical sensation, Zoey’s Extraordinary Playlist in addition to lending her voice to bring characters to life on the Netflix Animated series Fast and Furious Spy Racers and Centaurworld. Other highlights from her film and television career include her work on Documentary Now’s cult favorite “Original Cast Album: Co-Op”, The Good Wife, The House with a Clock in its Walls, The Immortal Life of Henrietta Lacks, The Following, The Get Down, All About You, Evil, and her creation of the beloved character, Evangeline Williamson, on ABC'S One Life to Live, for which she received two Daytime Emmy nominations and two NAACP Image Award nominations.

Renée's appearances on stage include her Outer Critics Circle Award nominated performance opposite Frances McDormand in the play Good People, and the original Broadway version of The Color Purple. She made her Broadway debut as Nala in The Lion King, and her performance as Mimi in Broadway's closing cast of Rent was immortalized in film! Off-Broadway, Renée's performance as Sylvia in the Public Theater's production of Two Gentlemen of Verona for their Shakespeare in the Park series garnered her across the board rave reviews.

An Evening with Renée Elise Goldsberry

Tickets for the performance only start at $60. Tickets for the performance and post-show celebration are $750 and include cocktails, buffet, dessert, and live music with all proceeds benefitting the non-profit Auditorium Theatre. Tickets are available Wednesday, January 12 @ noon CST at AuditoriumTheatre.org, by calling 312.341.2300, or at the Box Office at 50 E Ida B Wells Drive in Chicago, IL. Click here for phone and in-person hours.

The Auditorium Theatre is fully committed to the health and safety of our patrons and our staff. At this time, patrons 5 and over are REQUIRED to show proof of vaccination at the door. Guests under 5 may gain entry by wearing a mask at all times when not eating and drinking. All guests must wear a mask when not eating or drinking. Click here for the most current safety protocols. 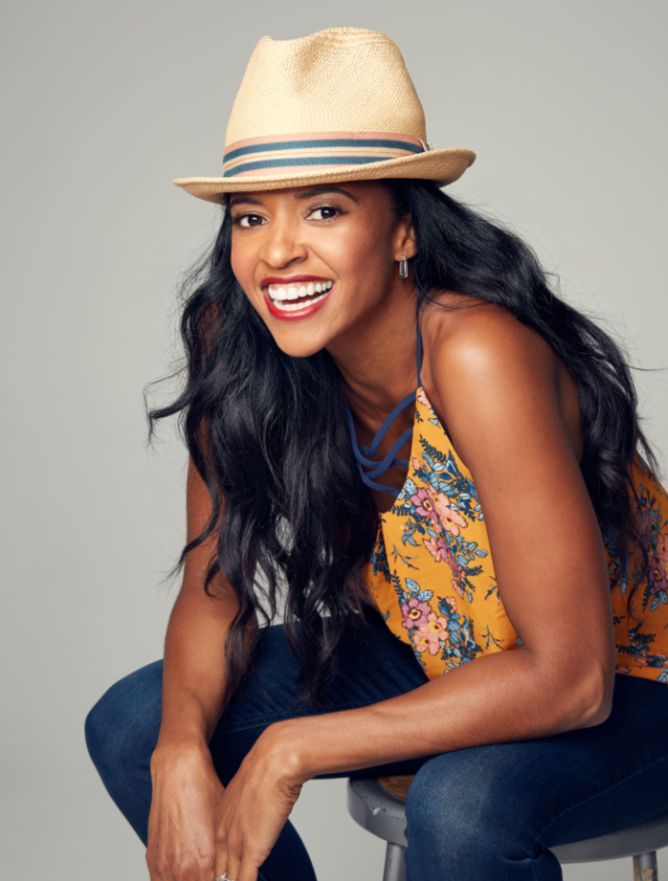 The Auditorium Theatre, located at 50 E Ida B Wells Dr at Roosevelt University in Chicago, is an Illinois not-for-profit organization committed to presenting the finest in international, cultural, community, and educational programming to all of Chicago and beyond as The Theatre for the People. The organization also is committed to the continued restoration and preservation of this National Historic Landmark that originally opened in 1889.

The Auditorium Theatre 2021-2022 Season is made possible in part with support from The Florian Fund, the John D. and Catherine T. MacArthur Foundation, and the Illinois Arts Council Agency. The Auditorium’s official hotel partner is the Palmer House Hilton and their official magazine is Chicago magazine. 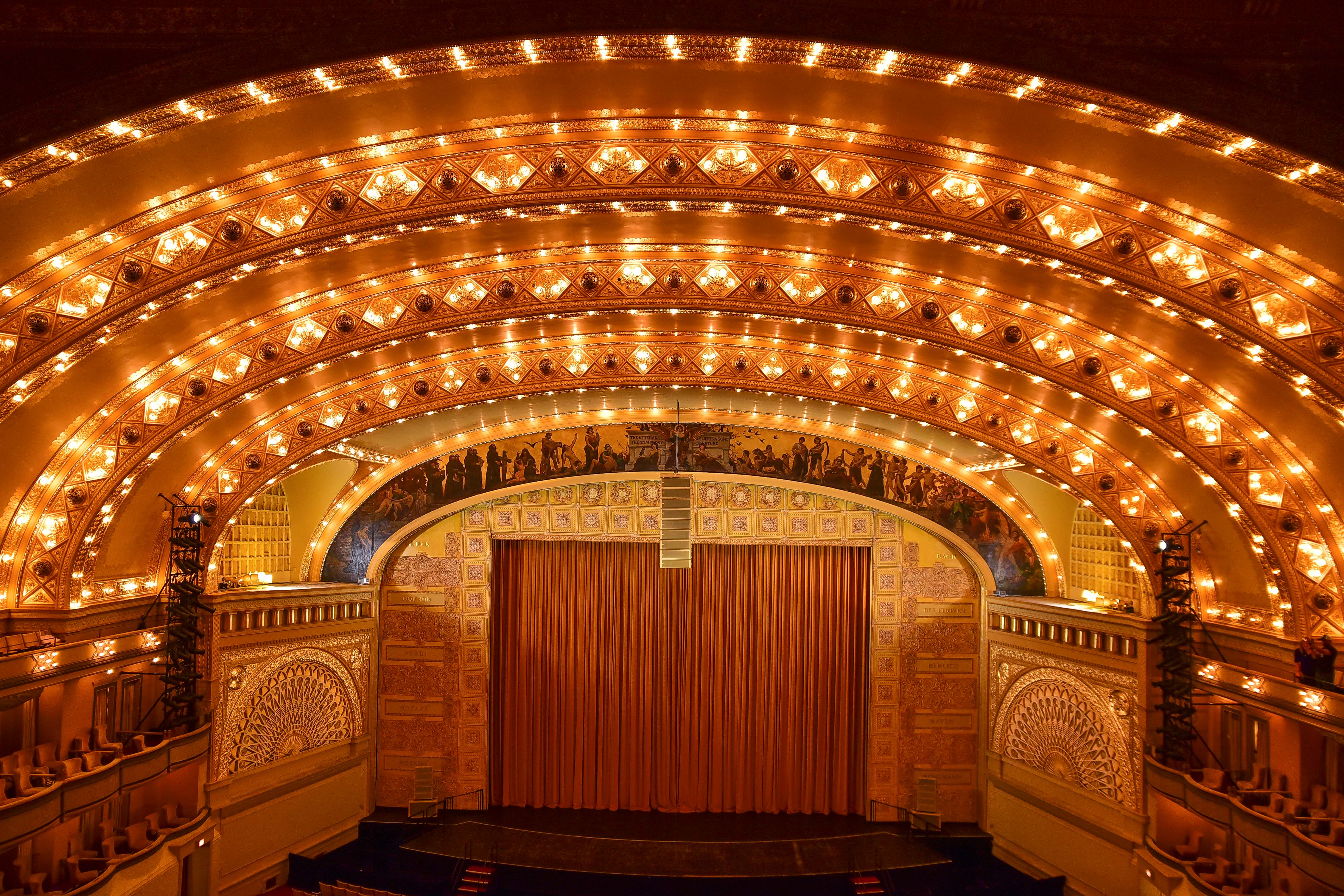