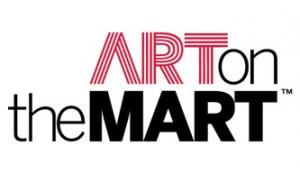 The Year of Chicago Music series will include three projections: 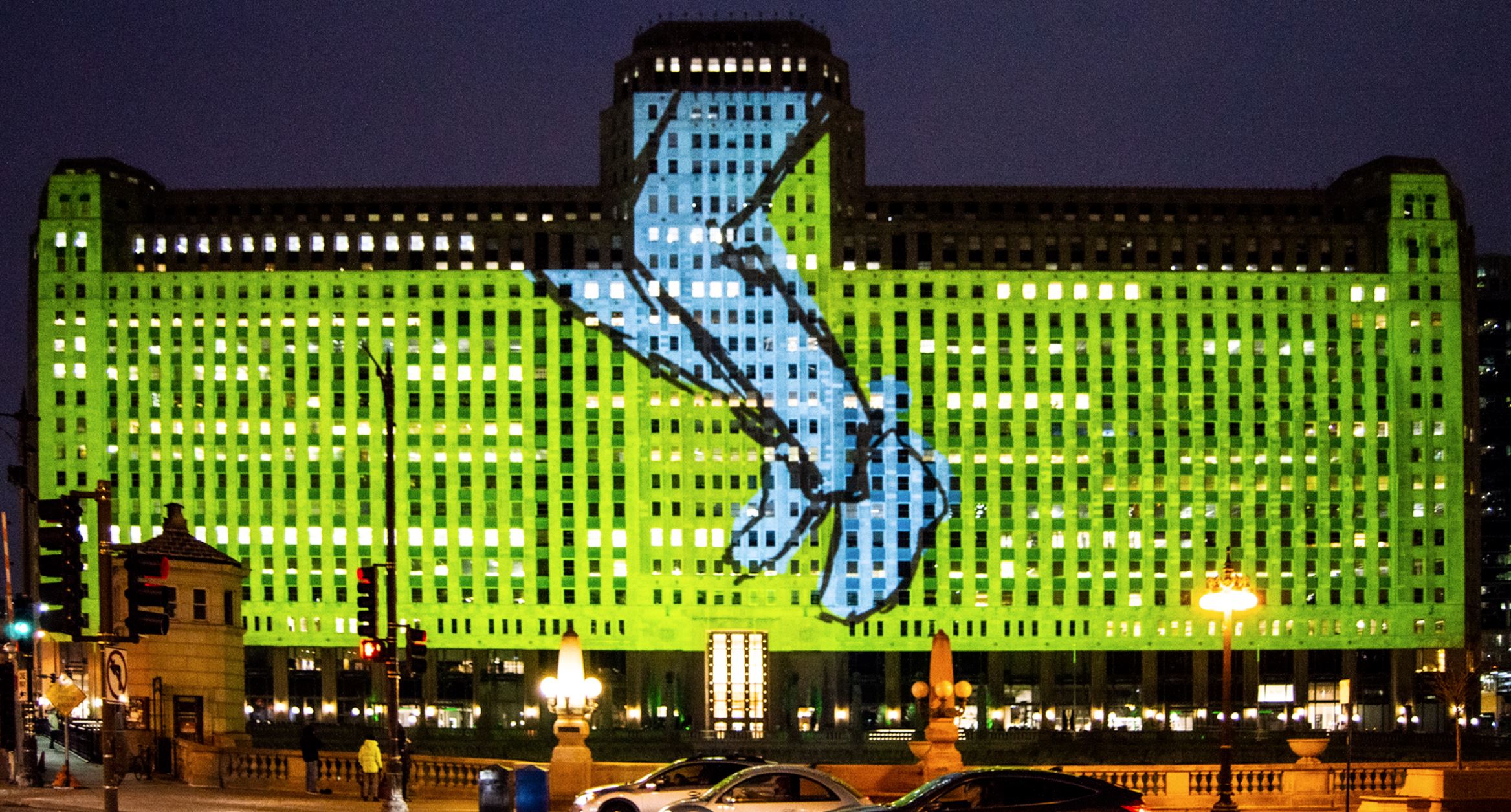 On the occasion of the Frida Kahlo: Timeless exhibition at the Cleve Carney Museum of Art and the McAninch Arts Center at the College of DuPage, a projection will debut featuring several of Kahlo’s most recognizable works including Self Portrait with Small Monkey (1945) and Self Portrait in a Velvet Dress (1926). Accompanied by an orchestral score from Mexican composer Arturo Márquez, recorded by New Philharmonic, the projection commemorates Kahlo’s artistic legacy.

In conjunction with the Art Institute of Chicago’s presentation of The Obama Portraits, Art on theMART presents a dynamically animated projection of the portraits of resident Barack Obama and former First Lady Michelle Obama by Kehinde Wiley and Amy Sherald, respectively. Former Chicago residents, the Obamas have a unique connection to the city. Wiley painted President Obama against greenery, with chrysanthemums, the official flower of Chicago. Amy Sherald captured the former first lady against light-blue ground, sitting and gazing directly at the viewer. Kehinde Wiley and Amy Sherald are the first African American artists commissioned to paint portraits for the Smithsonian’s National Portrait Gallery's collection of a former President and First Lady. A musical score accompanies the piece.

Art on theMART can best be experienced for free from the jetty section of the Chicago
Riverwalk on Wacker Drive between Wells Street and Franklin Street, where accompanying audio is also available. Current social distancing practices, based on recommendations from the City of Chicago and the State of Illinois, must be observed by all Art on theMART visitors. For more information, visit www.artonthemart.com.

About Art on theMART

Art on theMART is the largest permanent digital art projection in the world, projecting contemporary artwork across the 2.5-acre river-façade of theMART. This expansive permanent piece of public art continues Chicago’s legacy of providing both residents and visitors with exceptional art that is both free and accessible to all. Projections are visible to the public from Wacker Drive and along the Chicago Riverwalk.

The program content rotates seasonally and is selected with the assistance and expertise of the Curatorial Advisory Board. The City of Chicago and theMART work in partnership to manage and curate the projected artwork over the course of a 30-year agreement. Privately funded by Vornado Realty Trust, owner of theMART, Art on theMART marks the first time a projection of its size and scope is completely dedicated to digital art with no branding, sponsorship credits or messaging. The permanent projection system illuminates theMART with 34 state-of-the-art projectors totaling almost one million lumens. For more information, visit www.artonthemart.com.

About theMART
theMART (formerly The Merchandise Mart), located in the center of the sought-after River North submarket, is interwoven into the fabric of Chicago as an innovator in business, technology, culture, art, media and more. As the largest privately-owned commercial building in the United States, it is also one of the world’s leading commercial buildings, wholesale design centers and the preeminent international business location in Chicago. Encompassing 4.2 million gross square feet, theMART spans two city blocks, rises 25 stories, and is visited by an average of 30,000 people each business day and nearly 10 million people annually. Offering continuous innovation and creativity from leading manufacturers and design-forward showrooms, theMART serves as the home to Chicago's most creative and technologically innovative companies including Motorola Mobility, 1871, Yelp, PayPal and MATTER, as well as Fortune 500 companies ConAgra, Allstate, Kellogg, Beam Suntory and Grainger. For more information, visit http://themart.com.

About the Department of Cultural Affairs and Special Events
The Department of Cultural Affairs and Special Events (DCASE) is dedicated to enriching Chicago’s artistic vitality and cultural vibrancy. This includes fostering the development of Chicago’s non-profit arts sector, independent working artists and for-profit arts businesses; providing a framework to guide the City’s future cultural and economic growth, via the Chicago Cultural Plan; marketing the City’s cultural assets to a worldwide audience; and presenting high-quality, free and affordable cultural programs for residents and visitors. For more information, visit www.Chicago.gov/dcase.