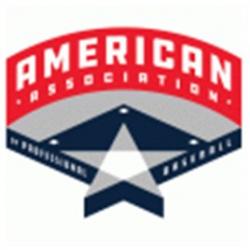 The Kansas City Monarchs took a 2-0 lead in the South Division Championship Series as they took game two with the Sioux City Explorers 11-6.

RF Gabriel Guerrero (4-for-4) tripled home 2B Ryan Grotjohn (2-for-4) in the bottom of the first inning to take the early lead for the Monarchs but the Explorers tied the score in the top of the second when C Mitch Ghelfi (3-for-5) doubled home LF Blake Tiberi (2-for-4). The Monarchs moved in front in the home half of the second as LF Colin Willis (2-for-4) hit a two-run home run and Guerrero singled home SS Morgan McCullough (2-for-5) and C Alexis Olmeda.

From there, the Monarchs never relinquished the lead.

McCullough scored again in the fourth as 3B Darnell Sweeney (2-for-4) lifted a sac fly to center.

In the top of the fifth, DH L.T. Tolbert hit a ground-rule double that scored 1B Seamus Curran (3-for-5) and then scored when 2B Nick Franklin homered in the next at-bat to pull within two runs. But Kansas City pulled away as Willis hit his second homer of the day with a grand slam in the sixth.

Ghelfi and Curran hit solo home runs in the seventh and eighth, respectively and Sweeney added a solo shot for the Monarchs in the bottom of the eighth.

Game three will take place on Monday in Sioux City with the first pitch scheduled for 7:05 p.m.

The Chicago Dogs bounced back in game two of the North Division Championship Series to level the series with a 7-1 win against the Fargo-Moorhead RedHawks.

Fargo-Moorhead came out strong as C Dylan Kelly singled home 2B Manuel Boscan (2-for-4) in the top of the first inning but that would be the RedHawks’ only run of the game. The Dogs tied the score as 3B T.J. Bennett (2-for-3) hit a solo home run in the fourth and they took the lead in the fifth when C Ryan Haug scored as LF Brennan Metzger (3-for-5) singled and took second on an error.

The Dogs added two more runs in the bottom of the sixth as 1B K.C. Hobson hit a two-run homer and, in the seventh, Metzger and DH Michael Crouse hit back-to-back RBI doubles to tack on two more. In the eighth, Bennett scored the final run of the game on a sac fly from Haug.

Chicago starting pitcher Jordan Kipper earned the win as he worked seven innings and gave up one run on nine hits while striking out seven batters.

LF Jordan George led the RedHawks at the plate as he went 3-for-4.

Game three sees the series move to Newman Outdoor Field after a day off on Sunday. The series will resume Monday, September 13 at 6:30 p.m.