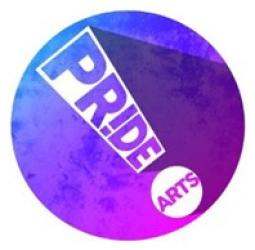 The Board of Directors of PrideArts, the Uptown-based theatre company focused on presenting queer stories on live stages and virtual platforms, has announced the appointment of Amber Mandley (she/her/hers) as Managing Director, a new position. As Managing Director, Mandley’s responsibilities will be focused on the business side of the organization – finances, contracts, development, and marketing. These functions had previously been handled by other managers and board members. Mandley joins Artistic Director Jay Españo (he/him/his) and Director of Operations Michael Starcher (he/him/his) to complete the company’s management team. 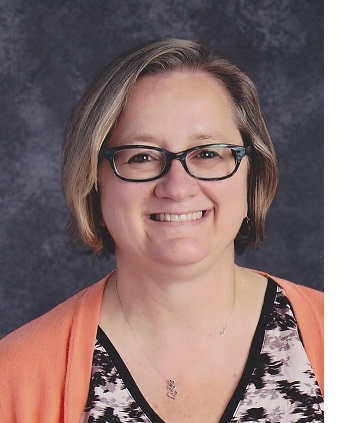 Mandley comes to PrideArts with a wealth of professional experience in non-profit management, theater production, and community service. She has served as Director of Administration for Chicago Abused Women Coalition, and Development Director for BUILD, Inc. a nationally respected gang intervention, violence prevention, and youth development organization based on Chicago’s West Side. Since 2003, she has been a consultant to various non-profit agencies on leadership and fund development. She holds a Master of Science degree in Non-Profit Management from Spertus College in Chicago.

Mandley’s theater production experience includes directing, stage management, and acting for companies including PrideArts, City Lit Adaptation Festival, Clock Productions, On the Spot Theatre Company, and many others. Her volunteer community service has included service on the boards of directors of the Gerber-Hart Library, the Chicago Metropolitan Battered Women’s Network, and Distinctively College Bound.

Board member Daniel Hickey (he/him/his) says, “I’m so pleased to welcome Amber Mandley to our team as well. Coming to us with years of volunteer and directorial expertise, her talent will abet our maturing into a more competitive playhouse, plus bring new insights into organization and development.”

The company also announced the addition of three new board members. Courtney Williams (she/her/hers) is the Director of Communications for the Obama Foundation, leading internal and external communications, media relations, and executive communications. She has more than 20 years of experience in corporate and non-profits environments and a passion for music and the arts dating back to childhood. Roux Nolan (he/him/his) is a global business development specialist and Principal of Food.Partners. Social advocate Eva Skye (she/them), who identifies as queer/femme, was among the first residents of the Town Hall Apartments for LGBTQ seniors. Williams, Nolan, and Skye join ongoing board members Cheri Tatar, Elayne LeTraunik, Fr. Gary Lawler, Jay Españo, Michael Starcher, and John Olson, and returning member Daniel Hickey.

In August, PrideArts began its 2022-23 season (its second under the artistic leadership of Jay Españo) with the critically acclaimed and Jeff Award recommended Chicago premiere of Todd Almond and Matthew Sweet’s musical GIRLFRIEND, playing through September 25.  The other productions planned for the season are the US premieres of the British holiday panto JACK OFF THE BEANSTALK, and the drama TANGO by Singaporean playwright Joel Tan; and the Chicago premiere of ONE IN TWO - an autobiographical play by Donja R. Love named for the shocking statistic that one in two gay or bisexual Black men in America will be diagnosed with HIV in their lifetime. Another major artistic thrust for the company in the coming season will be its second series of films in the PATHFINDERS PROJECT - a streaming series of video interviews with older queer Chicagoans that explores their personal stories in both a historical and a contemporary context. Further information and ticketing for PrideArts programming is available at www.pridearts.org.

ABOUT PRIDEARTS
PrideArts tells queer stories on a variety of platforms, including both live and virtual performances. Since its founding in 2010, PrideArts has had several chapters, including operating a

s an itinerant theater for their first six seasons, and as the developer and primary tenant in the Pride Arts Center from 2016-21.
The company produces full seasons of plays and musicals, as well as events including cabaret, and more. The company has earned 39 Jeff Awards and nominations, and six nominations in the most recent (2019) ALTA Awards from the Alliance of Latinx Theater Artists of Chicago. Programming has reflected the diversity of queer communities by including work made by and illuminating the experiences of women, gay men, transgender people, and BIPOC.