Chicago Fire FC today announced that Alex Boler has been promoted to General Manager of Chicago Fire FC II. In this newly created role, Boler will be responsible for working directly with Sporting Director Georg Heitz and Technical Director Sebastian Pelzer to oversee the Club's MLS NEXT Pro side.

“With Chicago Fire II serving as the final steppingstone between the Academy and the first team, we believe Alex Boler is the perfect person to oversee the team’s operations,” said Sporting Director Georg Heitz. “Alex started with the Fire Academy and rose through the ranks to manage first-team operations. His dedication to the Club, work ethic and experience uniquely qualify him to guide the direction of Club’s MLS NEXT Pro team.”

As General Manager of Chicago Fire II, Boler will oversee the team’s recruitment and player contract negotiations. He will also be responsible for managing the team’s coaches, players and support staff, while acting as an intermediary between the first team, Chicago Fire II head coach and other executives within the organization to facilitate communication. Additionally, Boler will serve as the liaison between the Club and MLS NEXT Pro league officials, ensuring compliance with the league’s standards and operations.

“I’ve been around soccer my entire life and with the Chicago Fire for 13 years, including 10 years with the first team,” said Boler. “I want to do anything I can for this Club to be successful. I look forward to the opportunity to establish a solid foundation for Chicago Fire II and will work closely with our first team and Academy to create a seamless pathway for all players who come through the Chicago Fire organization.”

A native of Wheaton, Ill., Boler originally joined the Chicago Fire organization in 2010 and spent the last year as Senior Director of Football Operations. His work across the Fire organization has spanned from the Academy to the first team over the course of the last 13 years.

In his previous role with the Fire, Boler managed the Club’s football operations for nine years. During that span, he was responsible for overseeing the logistics of team travel and was the first point of contact for first team players and families, organizing player arrival and housing. Additionally, Boler was responsible for leading the Club’s compliance efforts for the League’s training and matchday guidelines. As part of his transition to Chicago Fire FC II, Mario González will now serve as the first team's new Senior Director of Football Operations, overseeing all Chicago Fire FC first team travel and operations.

Prior to joining the Fire, Boler played college soccer at Indiana University Bloomington and earned a bachelor’s degree in Sport Marketing and Management.

Led by head coach Ludovic Taillandier and assistant coach Patrick Nyarko, the 2023 campaign will mark the second season in MLS NEXT Pro for Chicago Fire FC II. The team plays its home games at SeatGeek Stadium and games are free to the public. Comprised primarily of Academy and Homegrown players, Chicago Fire II provides an opportunity for the Club’s young players to continue to further their development in a professional league. 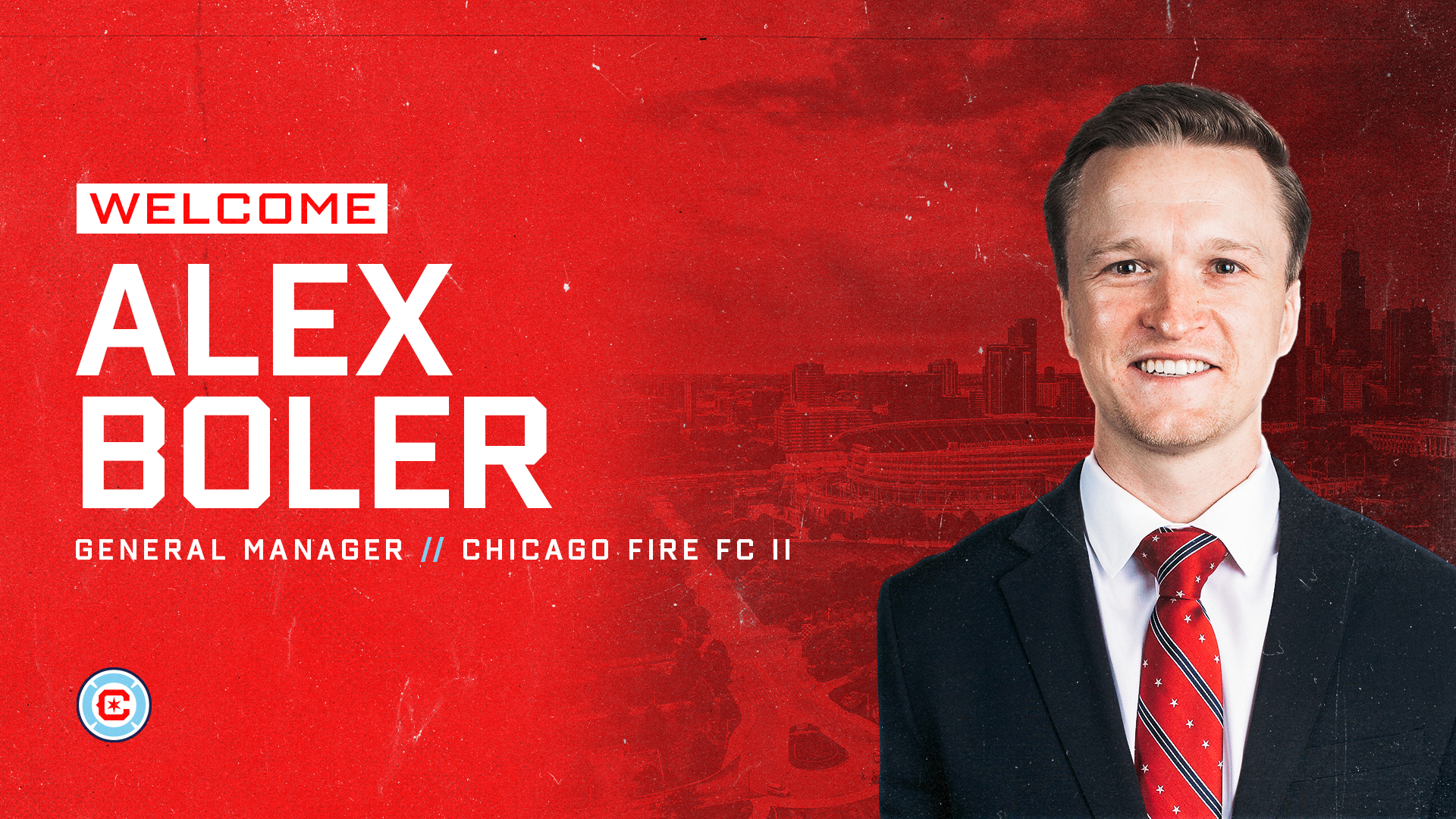