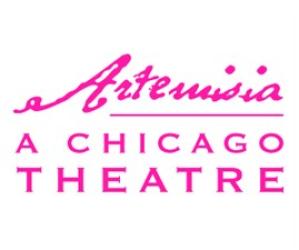 A 17-year-old wrestles with her choices under Title X. The director of a women’s clinic defends her patient’s right to reproductive justice. A conservative congresswoman urges her pro-life supporters to fight the battle for the unborn.

In Title X, a new play by Julie Proudfoot, eight radically different women share stories aout their fight for autonomy over their own bodies, from 1978 to now.

Artemisia Theatre, laser focused on creating plays that empower women, presents the world premiere of Title X, a searing and powerful play about the the struggle for abortion rights in America, November 25 - December 18, 2022 at Theater Wit.

Title X is co-directed by Julie Proudfoot and Willow James. Two actors, Melanie McNulty and Tricia Rodriguez, each play four roles to tell the stories of eight female characters: A 17-year-old wrestles with her choices under Title X. The director of a women’s clinic defends her patient’s right to reproductive justice. A member of Operation Rescue protests in front of an abortion clinic. An asylum officer interviews detainees, victims of the refugee crisis, at the Texas-Mexico border. A woman in her twenties confronts haunting memories of sexual harassment by her professor during a visit to her former college campus. A conservative congresswoman urges her pro-life supporters to fight the battle for the unborn with Christian love. A survivor of sexual assault reclaims her life after taking her boss to trial for rape. A lesbian exposes her complicated but loving relationship with her partner, who died of AIDS. In the end, the 17-year-old, now a mature woman, discovers the empowering life lessons she has learned.

“I wrote Title X in 2020 while sheltering at home, when Trump was using coercion tactics to stop pregnant women from seeking abortion,” said Proudfoot. “Title X exposes how the system works against women and robs them of autonomy over their bodies and their lives.”

First preview and press opening is Friday, November 25 at 7:30 p.m. Performances continue through December 18: Thursday through Saturday at 7:30 p.m., Sunday at 2:30 p.m.

Theater Wit is located at 1229 W. Belmont Ave., in the Belmont Theatre District in Chicago’s Lakeview neighborhood. Parking is available in a lot across the street from the theater, behind Kubo, for $8 (pay at the Theater Wit box office.) Neighborhood street parking is also available. Theater Wit is accessible via the CTA 77 Belmont bus, and just three blocks west of the CTA Belmont Red/Brown/Purple line stop.

Earlier this year, Artemisia Theatre created a new Leadership Coalition out of a desire to move away from the typical board structure and towards a more collective, non-hierarchical approach to creating and governing theater.

Together, the coalition is creating a safe space for ALL Chicago artists while practicing pay equity, amplifying the voices of BIPOC and LGBTQIA+ artists and engaging the community in plays driven by the idea that her story empowers us all.

Artemisia Theatre produces plays that empower women, creating career-altering opportunities for female identifying theater artists of all racial and ethnic backgrounds; sexual orientations and identities; economic status; ages and disabilities. Artemisia makes women heroes of their own lives by sharing their stories and amplifying their voices.

The company’s namesake, Artemisia Gentileschi, was a great feminist painter, forgotten by history. Now, she’s celebrated as the greatest female artist prior to the modern period. It shows why women’s stories are important. They change our perspective, on the past, the present and the future.

That’s why, in 2011, Julie Proudfoot founded Artemisia Theatre, to share women’s untold stories. For more than a decade, Artemisia has enriched Chicago’s culture by taking creative risks, achieving artistic excellence, and engaging the audience directly to inspire compassion and social justice for women.

Julie Proudfoot (she/her) is an actor, writer and fierce feminist. Her acting career spans theater, film, TV and commercials. From 1999 to 2020, Proudfoot worked as a story analyst for HBO, Makeready, Fremantle and other Hollywood production companies. She founded Artemisia Theatre in 2011 out of her passion for feminist storytelling. She has directed and acted in new feminist plays to critical acclaim while serving as the theatre’s Producing Artistic Director. Proudfoot's recent TV appearances include a recurring guest star role on Chicago Med and The Chi. Her writing projects include Harm (screenplay), Anthony and Title X (plays) and She The People (memoir.)

Willow James (he/him) is a Chicago-based theater artist, photographer, and content creator. As an actor, sound designer, and director, he is influenced most by new works and amplifying the voices of historically neglected communities. He’s worked with theaters across the Chicagoland area and other regions. He is a proud Arts leader, Administrator and Resident Sound Designer at Artemisia Theatre, where he co-produced and sound designed We Women Podcast during sheltering in place with Julie Proudfoot. James is a Teaching Artist at ChiArts and a part time sound technician at Steppenwolf Theatre. willow-james.org

Melanie McNulty (she/her) is an actor, writer, director, and acting coach in Chicago. She holds a B.A. in Theatre-Acting from Indiana University-Bloomington and a certificate from the Gaiety School of Acting-The National Theatre School of Ireland in Dublin. Most recently she performed in Theatre Above the Law’s productions of Digging Up Dessa as Esther, and Eb & Belle as Cecily. She has devised, directed, and produced multiple theater productions, written short films, and the feature film Silverfish, which will be her feature film debut as lead actor, writer, and producer. As a teacher and coach, Melanie works with actors of all ages, specializing in coaching youth and teen actors. melaniemcnulty.com

Tricia Rodriguez (she/her) is delighted to work with Artemisia Theatre on this moving and significant work. Some of her favorite roles have included Destiny in Devil Land (Urban Theatre Company), Lolita in Lolita de Lares (UTC), and Salila in Tears of Hope (Something Marvelous).