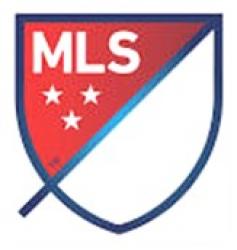 As announced by U.S. Soccer in February, eight U.S.-based MLS teams will qualify for the 2021 tournament. MLS and U.S. Soccer today confirmed that those eight teams will be determined by team performance through the first three weeks of MLS regular season play (April 16 through May 3).

The U.S.-based MLS clubs with the highest number of regular season points per game (three points for a win, one point for a tie) at the conclusion of the first three weeks of MLS play will qualify for the 2021 Lamar Hunt U.S. Open Cup.

Open Cup Committee Decides Not to Play Opening Round of 2021 Lamar Hunt U.S. Open Cup
Citing challenges still in place due to the COVID-19 pandemic, and given the competition is played across the country involving clubs from multiple professional and amateur divisions and leagues, the U.S. Open Cup Committee announced today the decision not to hold the tournament’s previously planned Opening Round.

The tournament is now structured to feature 16 teams which will play four rounds in pursuit of the 2021 Lamar Hunt U.S. Open Cup title.

2021 Tournament Format
As has been the case since 1996 when the Open Cup first included Major League Soccer clubs during the circuit’s inaugural year, Division I teams will typically face lower division competition in their initial tournament game.

The 16 participating teams will be pooled on a geographic basis into groups of four, with each quartet consisting of two Division I teams and two lower division sides.

If multiple options are available for creating the groups, the composition will be determined by random selection. A draw will be conducted within each group so that each Division I team is paired against a lower division club. Teams that apply to host having a venue that meets minimum requirements will have hosting priority.

About Major League Soccer
Headquartered in New York City, Major League Soccer -- celebrating its 26th Season in 2021 -- features 27 clubs throughout the United States and Canada and will add expansion teams in Charlotte and St. Louis in the next two years. For more information about MLS, visit www.MLSsoccer.com .

About U.S. Open Cup
In its 108th year, the Lamar Hunt U.S. Open Cup – U.S. Soccer's National Championship – is the only high-profile competition in American team sports where amateur sides face professionals in meaningful competition. The history-filled tournament, conducted on a single-game, knockout basis, is open to all professional and amateur teams affiliated with U.S. Soccer. Having crowned its first champion in 1914, the oldest national soccer competition in the USA was renamed in 1999 to honor American soccer pioneer Lamar Hunt.

The 2021 U.S. Open Cup winner will earn $300,000 in prize money, a berth in the 2022 Concacaf Champions League and have its name engraved on the Dewar Challenge Trophy – one of the oldest nationally-contested trophies in American team sports – now on permanent display at the National Soccer Hall of Fame in Frisco, Texas. The runner-up will earn $100,000, while the team that advances the furthest from each lower division will take home a $25,000 cash prize, provided they advance at least one round.

Atlanta United FC is the reigning Open Cup champion, having earned the club's first tournament title thanks to a 2-1 victory against Minnesota United FC on Aug. 27, 2019, in front of an Open Cup Final record 35,709 fans at Mercedes-Benz Stadium in Atlanta.