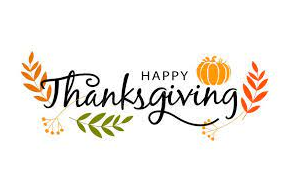 1.  Indiana is best known for what type of pie?

2.  What type of sandwich is closely associated with the Hoosier State?

3.  What is the source of Indiana products called “Red Gold”?

4.  What food was made famous by Hoosier Harland Sanders?

1832     A group of nine men met at the home of Pastor James Thomson in Crawfordsville to form the Wabash Teachers Seminary and Manual Labor College.  Since 1851, the school has been known as Wabash College.  The first professor was Caleb Mills, who arrived in 1833.

1858     Attorney, businessman, and former state senator Calvin Fletcher reported that the Thanksgiving holiday was taking on many traditions and becoming more widespread through the state.  It was first observed in 1837 when Governor Noah Noble proclaimed the day of gratitude.  Fletcher wrote that, as the holiday took hold, “All the stores were shut and Indianapolis was in great harmony.”

1915     The Liberty Bell, on a tour of the nation, passed through Indianapolis.  Downtown streets were crowded with patriotic citizens waving flags and singing “America.”

1916     Celebrated actor John Barrymore was on stage at the English Opera House in Indianapolis, starring in the John Galsworthy play “Justice.”  There were four performances over a three-day period.  Nearly everyone in the cast had accompanied Barrymore in the original New York production.

1963     Governor Matthew E. Welsh proclaimed a 30-day mourning period in Indiana following the assassination of President John F. Kennedy in Dallas.  On November 25, the governor and his wife Mary attended the President’s funeral in Washington, D. C. On the same day, Lieutenant Governor Richard Ristine placed a wreath on the steps of the Indiana World War Memorial while 3,500 soldiers stood at attention.

“The only thing some people learn from oppression and hatred is revenge. Others learn compassion and empathy.”

Julia Carson served in the Indiana House and Senate before being elected to the United States House of Representatives in 1996.