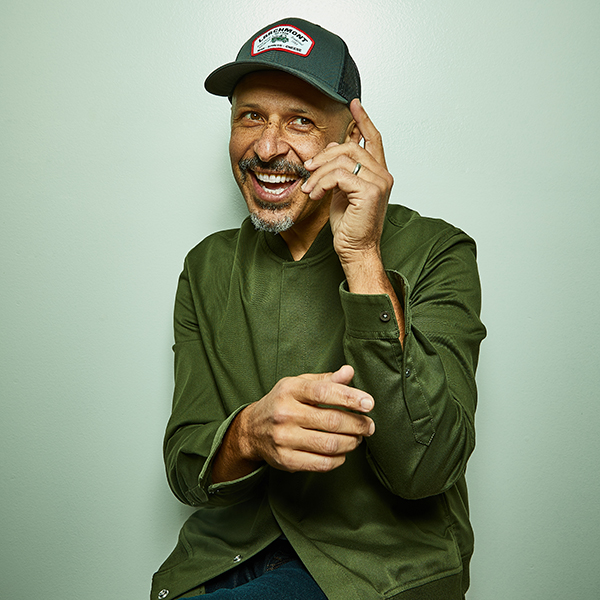 Maz Jobrani is a comedian, actor and host of his own podcast “Back To School with Maz Jobrani” on the All Things Comedy Network. His new standup comedy special, Pandemic Warrior, is now available for streaming on PeacockTV. As an actor, he was most recently seen playing the loveable "Fawz" on the CBS comedy Superior Donuts. He has made many appearances on television's most popular shows including Grey’s Anatomy, Curb Your Enthusiasm, Better Off Ted, Last Man Standing and Shameless. He has also been a regular guest on The Late Show with Stephen Colbert and The Late Late Show with James Corden. Maz starred as the title character in the award-winning indie comedy, Jimmy Vestvood: Amerikan Hero, a feature which he co-wrote and co-produced. He has co-starred in many additional films, including Sydney Pollack's The Interpreter, Disney's Descendants and Ice Cube's Friday After Next. Maz's other standup comedy specials include Immigrant, which was filmed at the prestigious Kennedy Center and is a Netflix original, as well as three additional solo specials on Showtime: Brown and Friendly, I Come in Peace and I’m Not a Terrorist, But I’ve Played One on TV. In the spring of 2016, he performed at the White House where he had the privilege of introducing Michelle Obama. As a UC Berkeley alum, Maz gave the keynote speech to the graduating class of 2017. Maz served as the host for the 45th International Emmy's in New York. He was a founding member of “The Axis of Evil” comedy tour, which aired on Comedy Central. He is a regular panelist on NPR's Wait Wait Don’t Tell Me and has given 2 TED Talks. His LA Times Best Selling book, “I’m Not a Terrorist, But I’ve Played One on TV,” was published by Simon & Schuster. Maz executive produced Everything Must Change, a documentary about his sister's battle with breast cancer which is currently available on iTunes.

COVID safety: Effective November 21, 2022, The Den Theatre will no longer require patrons to offer proof of vaccination for COVID-19 to gain entry into the facility. For the most up-to-date information on our venue’s COVID precautions, please visit thedentheatre.com/covid19-policy.