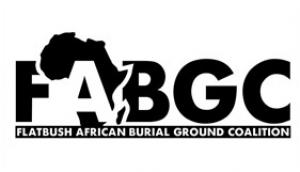 The Flatbush African Burial Ground Coalition presents this teach-in as part of our commitment to community engagement and education.

Dr. Marsha Coleman-Adebayo will share the history of the Moses Macedonia African Cemetery and their current path to halting the further desecration of that site.

Dr. Uzma Rizvi from Pratt Institute and Dr. Thomas Angotti from CUNY will be contributing to the discussion by engaging Dr. Blakey around “Community as Client” and creating a road map for future discoveries.

The teach-in will last 90 minutes which will include a Q + A period.

Here are links to the texts which will be discussed:

Archaeology under the Blinding Light of Race

Engaging Descendant Communities in the Interpretation of Slavery at Museums and Historic Sites. 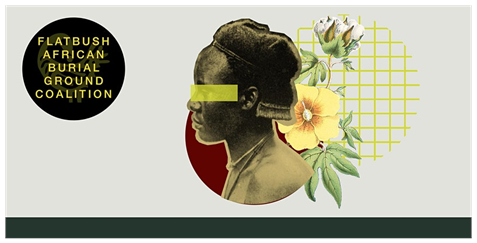 This program is produced and sponsored by GrowHouse NYC, a proud founding member of the Flatbush African Burial Ground Coalition.

Also brought by the generous support of the Rapid Response Program and the Ethyle R. Wolfe Institute for the Humanities.

- The departments of History, American Studies, Anthropology, Art and Classics of Brooklyn College

- The Center for the Study for Brooklyn and AnthroClub of Brooklyn College.

“In 1991, construction began on a 34-story federal office tower positioned on 290 Broadway and overseen by the General Services Administration (GSA). Federally funded construction projects are mandated to comply with Section 106 in the National Historic Preservation Act of 1966. A “Stage 1A Cultural Resource Survey,” was completed in the area of Republican Alley in 1989 prior to construction. The compliance cultural research study assisted archaeologists to determine any potential archaeological and cultural impacts of construction on 290 Broadway. Preliminary archaeological research excavation found intact human skeletal remains located 30 feet below the city’s street level on Broadway. During survey work, the largest and most important archeological discovery was made: Unearthing the "Negroes Buriel Ground"- a 6-acre burial ground containing upwards of 15,000 intact skeletal remains of enslaved and free Africans who lived and worked in colonial New York. The Burial Ground’s rediscovery altered the understanding and scholarship surrounding enslavement and its contribution to constructing New York City. The Burial Ground dates from the middle 1630s to 1795. Currently, the Burial Ground is the nation’s earliest and largest African burial ground rediscovered in the United States. Memorialization and research of the enslaved African skeletal remains were negotiated extensively between the General Services Administration, the African – American descendant community, historians, archaeologist, and anthropologist, including city and state political leaders. Civic engagement led to the ancestral remains' reinterment within the original site of rediscovery. An external memorial, an interpretive center, and research library were constructed to commemorate the financial and physical contributions of enslaved Africans in colonial New York and honor their memory.”