Due to popular demand, The Den Theatre has added a sixth stand-up performance for comedian Mo Amer on Thursday, December 1 at 9:30 pm on The Heath Mainstage, 1331 N. Milwaukee Ave. in Chicago’s Wicker Park neighborhood. All previously announced performances for Amer’s December 1 – 3, 2022 engagement are completely SOLD OUT. Tickets for the added show ($18 - $50) are now on sale at thedentheatre.com or by calling (773) 697-3830. 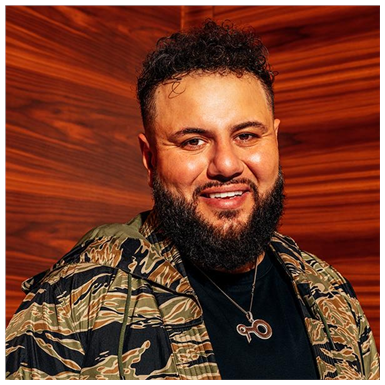 He can currently be seen starring in the semi-autobiographical, hit series MO on Netflix. Amer plays “Mo Najjar,” a struggling Palestinian refugee seeking asylum in Texas, where he has lived for over two decades. The show peaked “Top Ten” on the platform both domestically and internationally, and critics certified the show ‘100% fresh’ on Rotten Tomatoes. Additionally, Mo co-stars alongside Dwayne ‘The Rock’ Johnson in the DC Comics tentpole superhero film Black Adam (now in theaters). He has performed tours in over 27 countries on five continents, including Germany, Italy, Japan, Korea and Bahrain. Beyond his series, Mo also has two one-hour comedy specials on Netflix: Mo Amer: The Vagabond (2018) and Mo Amer: Mohammed in Texas (2021). In 2018, Amer joined the cast of the Emmy Award-winning Hulu show Ramy (starring Ramy Youssef), as a series regular. The third season of the show premiered September 30th to rave reviews.

COVID safety: As the Chicago theatre community continues to navigate the COVID-19 pandemic, The DenTheatre remains committed to the safety of its patrons and staff. For the most up-to-date information on our venue’s COVID precautions, please visit thedentheatre.com/covid19-policy.