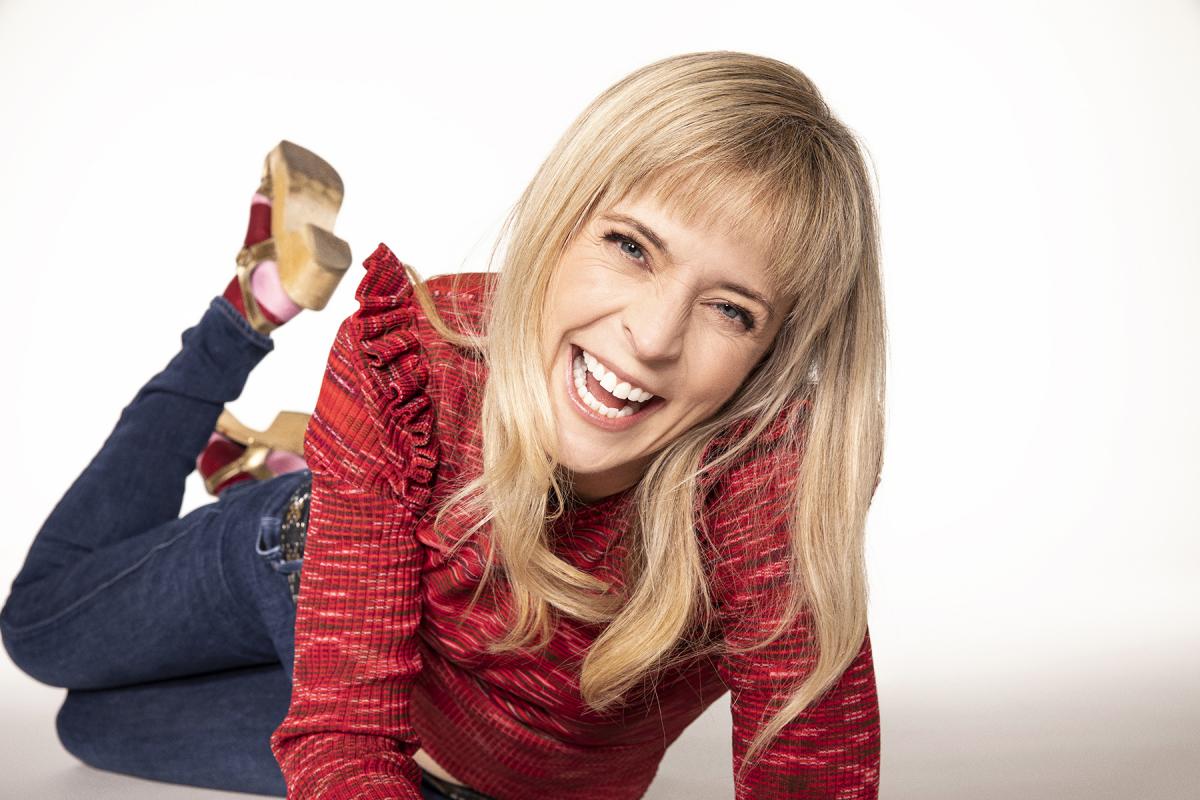 Maria Bamford is revered for her deeply personal and experimental comedy about mental illness.  She starred in the surreal, semi-autobiographical Netflix comedy series Lady Dynamite, about a comedian who suffers a nervous breakdown, and is the star of three unconventional hour-long stand-up specials: Weakness is the Brand, Old Baby and Maria Bamford, the special, special, special!  Maria was the first female comic to have two half-hour Comedy Central Presents specials and starred alongside Patton Oswalt, Zach Galifianakis and Brian Posehn in the Comedy Central series The Comedians of Comedy and Netflix’s Comedians of Comedy: The Movie. She also created and starred in the cult hit web series The Maria Bamford Show, in which she plays all the characters. Maria was also Emmy-nominated for a guest appearance on the Netflix children’s series Ask the StoryBots.

Maria is often recognized for her prolific voiceover work, including characters on Big Mouth, BoJack Horseman, HouseBroken, Teenage Euthanasia, Summer Camp Island, Adventure Time, Talking Tom and Friends, Bob’s Burgers, Legend of Korra, Puss in Boots, CatDog and PBS’s Emmy-winning series Word Girl. She also stars as Tilly Mulch in Team Coco’s scripted podcast Frontier Tween.  Maria played DeBrie Bardeaux on Netflix’s Arrested Development and recurred on the ABC hit series Fresh off the Boat. Other TV guest roles include Portlandia, Kenan, Mr. Mayor, and a large recurring part on Hulu’s Everything’s Gonna Be Okay. She is the 2014 winner of the American Comedy Award for Best Club Comic. Maria’s late-night appearances include CONAN, The Tonight Show, The Late Show with Stephen Colbert and Late Night with Seth Meyers. Her 2019 interview series What’s Your Ailment? deals with the various mental struggles of celebrities and is available on the Topic streaming service. She recently released the Audible Original You Are (A Comedy) Special, a semi-mock instructional book for both standup and life. Upcoming is a role in the next Judd Apatow feature The Bubble and a starring voice role on the HBO Max animation Santa, Inc.

Artistic Director Ryan Martin opened The Den in 2010 in the Wicker Park neighborhood with a single theatre space. Now celebrating its twelfth year, The Den is a multi-level live entertainment venue that boasts five intimate and unique theaters ranging from 50 – 300 seats. The first floor houses The Den Bar and Lounge – a full-service bar where audiences gather before and after performances to share a drink and community with like-minded culture-hounds. Currently, The Den is home to four resident theatre companies including Broken Nose Theatre, First Floor Theater, Haven and The New Coordinates (formerly The New Colony). Hundreds of other companies and artists from Chicago and beyond have called The Den home – from national names to local stars, The Den consistently plays host to a lineup of exciting and diverse talent. As a building created for interdisciplinary arts, The Den has accommodated a wide variety of programming, including plays, musicals, film screenings, dance, improv and stand-up comedy, seminars and speaking engagements. For additional information, visit www.thedentheatre.com.