Goldberg, making his Chicago debut, and his trio will join the CJO in a performance of Vince Guaraldi’s famous soundtrack to the 1965 animated television special.

Brandon Goldberg (left) and the CJO.

About CJO's Musical Tribute to “A Charlie Brown Christmas”

﻿The original airing of “A Charlie Brown Christmas” introduced a younger generation to American jazz and its enduring popularity has continued that tradition for more than 50 years.

“In 1965, rock and roll had long replaced jazz and big band as America’s popular music, and in the mid-60s the British Invasion of popular music was taking hold,” said CJO Artistic Director Jeff Lindberg, who transcribed and arranged the animated special’s score for this concert.

﻿“So It’s notable that cartoonist Charles Schulz and producer Lee Mendelson chose jazz music for their production. Each successive generation has benefited from exposure to the show and its music, and it seems only fitting to introduce Chicago to the talented Brandon Goldberg, the face of a new generation of young jazz artists, with this special holiday tribute concert.”  ﻿

﻿Brandon Goldberg has been playing piano and making music since he was three years old. With “ample dexterity and wise-beyond-his-years sound” (JAZZIZ), Goldberg found his passion for jazz by listening to artists including Herbie Hancock, Bill Evans, Oscar Peterson, Charlie Parker, Miles Davis, and John Coltrane. He has performed at the Newport, Litchfield, Twin Cities, and Caramoor Jazz Festivals, the Monterey Jazz Festival with the Next Generation Jazz Orchestra, and Bravo Niagara Festival of the Arts. He has played the most prestigious jazz clubs including Jazz at Lincoln Center, Dizzy’s Club, Birdland Theatre, The Blue Note, Mezzrow, The Apollo Theater, The Side Door in Old Lyme, Keystone Korner in Baltimore, The Adrienne Arsht Center, FAENA Theater in Miami, and Carnegie Hall. He is the youngest recipient of the ASCAP 2022 Herb Alpert Young Jazz Composer Award and a four-time winner of Downbeat Student Music Awards in both the Jazz Soloist and Original Composition Category.

As a leader, Goldberg has released two albums, both earning four-star reviews from Downbeat Magazine. His 2019 debut, “LET’S PLAY!,” with three original compositions and six standards, reached top seven on the Jazz Week charts and was one of Downbeat Magazine’s top albums of 2019. His second album, “In Good Time,” garnered rave reviews from London Jazz News, four stars from All About Jazz and Jazzwise and was also recognized by Downbeat Magazine as one of the top albums of 2021. He works closely with the Jazz Foundation of America (JFA) and performed at their annual gala – A Great Night in Harlem at the famous Apollo Theater where he presented McCoy Tyner with his Lifetime Achievement Award in 2016. At a young age, Goldberg had some break-through moments on national TV in season 1 and 2 of NBC’s “Little Big Shots,” “The Steve Harvey Show” and “The Harry Connick, Jr. Show.” Goldberg resides in Miami. 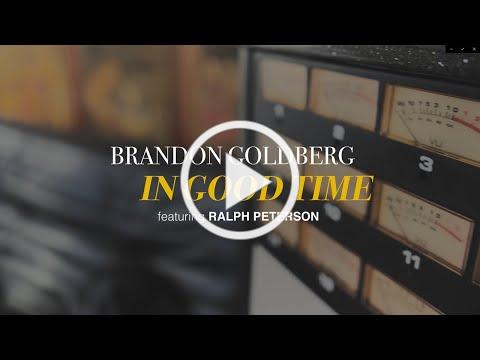 The Chicago Jazz Orchestra at their 40th Anniversary Celebration Concert in 2019.﻿

﻿The Chicago Jazz Orchestra (CJO) is Chicago’s oldest professional jazz orchestra in continuous operation and one of the oldest jazz repertory orchestras in the country. Conductor and Artistic Director Jeff Lindberg is one of the foremost transcribers in jazz. As a result, the Orchestra’s repertoire draws upon his vast library including the works of Duke Ellington, Count Basie, Dizzy Gillespie, Lionel Hampton, Benny Carter, Oliver Nelson, Ray Charles, and many others. The CJO plays top venues like the Green Mill, Winter’s Jazz Club, City Winery, Andy’s Jazz Club, Studebaker Theater, and the Spertus Institute. Outside of Chicago, the CJO served as the resident orchestra for the Kennedy Center Honors Supper Dance for over 25 years. The CJO boasts many of Chicago’s top jazz musicians in its ranks including Scott Burns, Jerry DiMuzio, Rajiv Halim, Bill Overton, Eric Schneider and John Wojciechowski on saxophone; Art Davis, Victor Garcia and Doug Scharf on trumpet; Steve Duncan, Tom Garling, Luke Malewicz and Michael Young on trombone; Dan Trudell on piano; Dennis Carroll on bass; Stuart Flack on guitar; and George Fludas on drums. For more information, visit chicagojazzorchestra.org.

Joan Collaso with members of Timeless Gifts Youth Program for the Performing Arts.

﻿Timeless Gifts Youth Program for the Performing Arts is a 501c3 organization created to give aspiring young Chicago performing artists the opportunity to receive coaching and instruction in their chosen discipline(s) from world-class and professional performing artists and technical experts. Founder, Executive and Artistic Director Joan Collaso, an accomplished Emmy Award winning vocalist and producer, is positively impacting the lives of young performers by imparting, and encouraging the perpetuation of creativity, character, confidence and professional etiquette, in order to insure the integrity of our musical and artistic communities, while providing avenues for artistic growth, greater opportunities and exposure. Youth from all over the Chicagoland area audition for its seven-week summer program, which culminates in a professionally produced performance before an audience of hundreds. For more, visit timelessgifts.org.