Match the description to each name below.

1.  She was a Hoosier author who lived in her home called “Limberlost.”

2.  She was an actress from Dale, Indiana.

3.  She was the first woman to serve as Indiana Lieutenant Governor.

4.  She is a singer and songwriter from Gary. 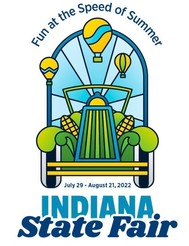 1899     Marshall “Major” Taylor of Indianapolis won the one-mile world championship in bicycling in Montreal.  He was one of the first African American world athletes, setting numerous records in bicycle racing.  The open-air velodrome in Indianapolis is named for him.

1900     James H. Pierce was born in Freedom, Indiana.  Nicknamed “Babe,” he played Indiana University football before moving to Hollywood where he appeared in many movies.  His most famous role was that of Tarzan in 1927.  His wife, Jane Burroughs, was the daughter of writer Edgar Rice Burroughs, who had created the original "Tarzan” stories.

1908     The Delphi, Indiana, Wagon Works Company began making wagons and plows.  Later, the firm, established by Fisher and Bradshaw, built the first school bus.  Called a “school hack,” it was a closed-body horse-drawn school bus.  It was made until the 1920s when vehicles became powered by gasoline engines.

1987     The Pan American games opened in Indianapolis.  Participating were over 4,300 athletes from 38 different countries.  Over 1,000 medals were awarded in 30 sports in 23 venues in and around the city.  The major international event was carried out with the help of 37,000 volunteers.

2002     The United States Mint released the Indiana State Quarter.  It was engraved with a race car, a map of the state, 19 stars, and the motto “Crossroads of America.”