Manual Cinema back on stage at Chicago Children's Theatre with Leonardo! A Wonderful Show about a Terrible Monster

Leonardo is a terrible monster. He tries so hard to be scary, but he just…isn’t.

Then Leonardo finds Sam, the most scaredy-cat kid in the world. Will Leonardo finally get his chance to scare the tuna salad out of an unsuspecting human? Or will it be the start of an unlikely friendship?

Manual Cinema’s Leonardo! A Wonderful Show about a Terrible Monster is the story of (left) Leonardo and his scaredy-cat friend, Sam, who meet an even scaredier-cat and her monster friend, Frakenthaler and Kerr (right).

The newest creation by Chicago’s wildly inventive Manual Cinema, Leonardo! A Wonderful Show about a Terrible Monster is monstrously fun for kids and parents alike, realized through a remarkable mix of live actors, 3D puppets, DIY cinema, original music and immersive sound. It starts as the story of a monster who longs to be scary, but the plot thickens when Leonardo and his excitable friend Sam meet Kerry and Frankenthaler, an even scaredier-cat and her monster friend. Kerry and Sam will need to make a big decision: will they be friends or will they be controlled by their fears? Leonardo! A Wonderful Show about a Terrible Monster helps children understand the big decisions about identity and empathy that we all must make.

Manual Cinema, the Chicago Tribune’s “Chicago Theater Artists of the Year” in 2018, is coming off widespread acclaim as the shadow puppet animators for the major motion film Candyman, released last summer by Jordan Peele’s Monkeypaw Productions.

Fast forward to 2022, and Leonardo! A Wonderful Show about a Terrible Monster marks the company’s return to staging new work, live and in-person, since the pandemic.

An earlier version, titled Leonardo and Sam, received its virtual world premiere at the Kennedy Center for the Performing Arts in March 2021. “The lessons explored are universal and important for any age,” wrote DC Metro Arts. Broadwayworld agreed the virtual adaptation “creatively educates, entertains and inspires.” 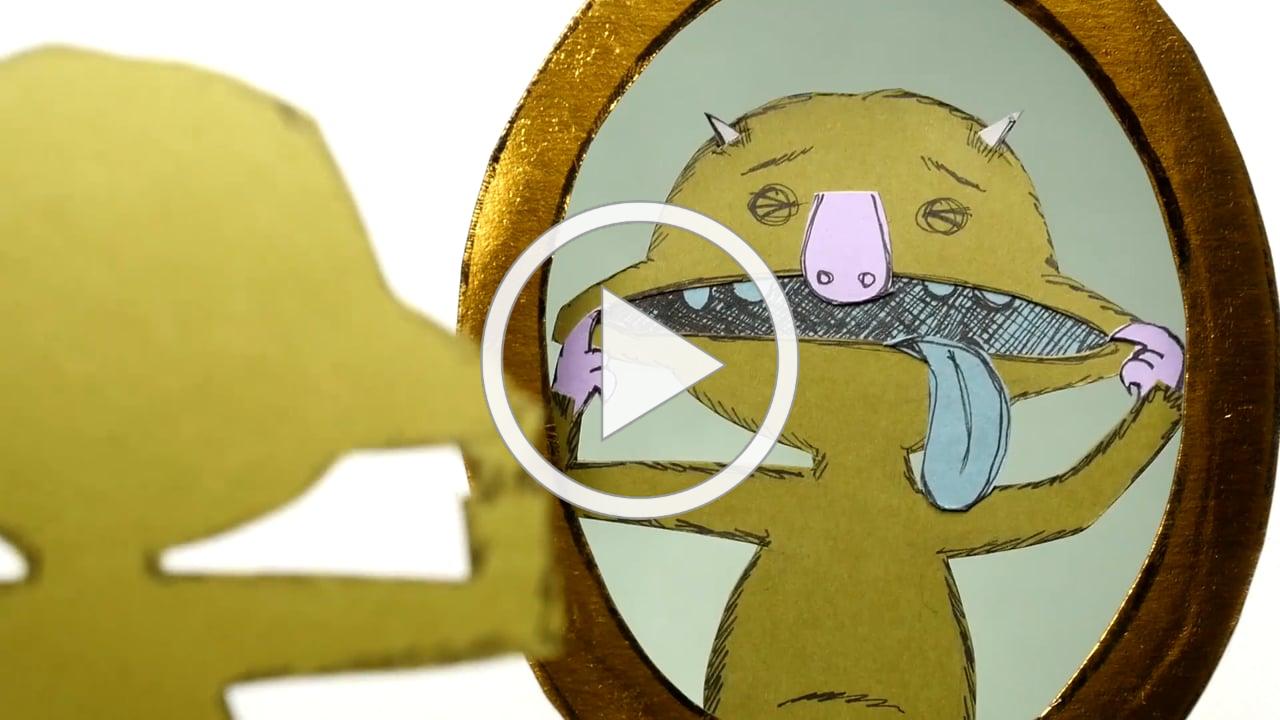 Watch the trailer for Leonardo and Sam, which received its streaming world premiere at the Kennedy Center for the Performing Arts in March 2021. Manual Cinema's new in-person production, Leonardo! A Wonderful Show about a Terrible Monster, will debut at Chicago Children's Theatre January 29-February 27, 2022.

If you want to see the live version of Leonardo! A Wonderful Show about a Terrible Monster, you better get Kraken.

School performances are Tuesday through Thursday at 10 a.m., and Friday at 10 a.m. and Noon. Email groupsales@chicagochildrenstheatre.org or to learn about discounted rates for schools and other groups.

Chicago Children’s Theatre is centrally located at 100 S. Racine Ave. in the city’s West Loop neighborhood. It is a convenient, welcoming community hub, just minutes from I-90, I-290, downtown and Ashland Avenue. Chicago Children’s Theatre offers free, on-site parking in its own lot, entrance via Racine. Nearby street parking is also available on weekends, or try the Impark parking lot, 1301 W. Madison St.

Leonardo! is recommended for little monsters ages 5 and up.

﻿Please note: Chicago Children’s Theatre is a “no shushing” theater.

CCT continues to grow its commitment to all Chicago children at The Station by expanding services for patrons with disabilities. Access Weekend is February 12 and 13. Services include:

Alongside a growing coalition of more than 70 performing arts venues and producers across Chicagoland, Chicago Children’s Theatre has agreed to ensure COVID-19 vaccination and mask requirements for audiences, artists, and staff. Face coverings must be worn over the nose and mouth for all individuals above the age of 2 (exceptions can be made for people with medical conditions or disabilities that prevent them from safely wearing a face covering). Adults attending a CCT production will be asked to show proof of vaccination or negative covid test taken within 72 hours of showtime. CCT recommends reviewing the full City of Chicago Phase 5 guidelines for businesses and venues. For more information about CCT’s COVID-19 safety protocols, visit chicagochildrenstheatre.org/covid.﻿

Leonardo! A Wonderful Show about a Terrible Monster

Leonardo! A Wonderful Show about a Terrible Monster is created by Manual Cinema and inspired by the books “Leonardo, the Terrible Monster” and “Sam, The Most Scaredy-Cat Kid in the Whole World” by Mo Willems. It is directed by Sarah Fornace, and adapted by Sarah Fornace and Drew Dir with Ben Kauffman. Storyboards by Drew Dir. Original score and sound design by Ben Kauffman and Kyle Vegter. Cast members are Leah Casey (Kerry, puppeteer), Lily Emerson (Emily, narrator, character voices, vocals), Julia Miller (Sam, puppeteer) and Lindsey Noel Whiting (Leonardo, puppeteer). Dramaturg is Megan Alrutz. Images by Manual Cinema. Characters by Mo Willems used with permission.

Willems’s art has been exhibited around the world, including major solo retrospectives at the High Museum (Atlanta) and the New-York Historical Society (NYC). Over the last decade, Willems has become the most produced playwright of Theater for Young Audiences in America, having written or co-written four musicals based on his books.

He began his career as a writer and animator on PBS’ Sesame Street, where he garnered six Emmy Awards (writing). Other television work includes two series on Cartoon Network: Sheep in the Big City (creator and head writer) and Codename: Kids Next Door (head writer). Willems is creating new TV projects for HBOMax, where his live action comedy special Don’t Let the Pigeon Do Storytime! currently streams. His papers reside at Yale University’s Beinecke Library. For more, visit mowillems.com.

Dreams will come true in the spring when CCT presents the world premiere of Carmela Full of Wishes, adapted from the book by Matt de la Peña and Christian Robinson (Last Stop on Market Street), April 23-May 22, 2022. Single tickets are on sale now at chicagochildrenstheatre.org.

In addition to presenting plays, musicals and virtual productions, Chicago Children’s Theatre is one of the city’s top destinations for performing arts classes and camps for kids ages 0 to 14.

﻿And while education programs are all about the kids, parents should take note of School’s Out Day Camps, for kids grades K-5 on those “surprise” CPS non-attendance days. Sign up now and check out the full slate of Winter Session In-Person Classes and Camps for kids 0-14, including a series of Red Kite classes for children on the autism spectrum, starting January 24, 2022.﻿